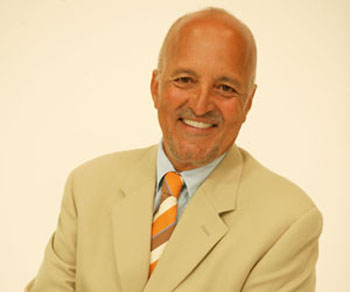 Armenians are almost approaching the end in their genocide claims. They have made the world accept their claims by working continuously like industrious ants for 100 years. While they were explaining their pain and what they had to live through, we did not even discuss among ourselves what had happened. We buried our heads in the sand and have reached these days. We could not reply in a persuasive manner. We lost the case.

We are not aware but the Armenians are exiling us. This time they are making us walk the ?Deportation March.?

They have lined us up in front of the international public and making us walk. They are replicating in a different way what we had done 100 years ago. Whichever country?s Parliament we are passing by, we are stigmatized as ?genocide criminal? with our heads bowed.

Every time we are stigmatized, we are angry and have a fit, then after a while, we are calm again and act as if nothing has happened. Maybe we want to forget. Whereas this ?deportation walk? we chose to ignore continues and it will reach its most important stop in 2015. According to Armenians, they will have the last word on the 100th anniversary of the genocide.

The genocide claims that have been accepted in the Parliaments of 19 countries will most importantly be passed in the United States Congress. After that, the others will come easily.

Now, you will see, the fight with France will be forgotten after a while; we will focus on other issues.
At this point, it is impossible to stop the course of events by writing books and filming documentaries. From now on, we should either take such bold steps as to surprise the international public and make them doubt the Armenian allegations or dare being stigmatized with genocide and start planning its measures beginning now.

What I wonder the most now is whether Ankara has any medium or long-term preparations on the topic, or whether or not there is a working group. If there is one, I will both be surprised and pleased. If there is not, I would not be surprised. I would just say, ?Our typical stance? and bow to fate. But if protests and loud voices start after the inevitable, then let alone the international public, even I would not believe them.

Armenians will expose us as genocide criminals to the whole world with our submitted postures and also make us continue with our ?Deportation March.?

Employ the 70,000 illegal Armenians in Turkey

Instead of solving problems with wise methods, we generally try to knock down the walls blocking us. It has always happened that way and we cannot abandon this habit of ours.

Here is the latest example: In order to confront the Armenian genocide claims, we are making threats which we do not know, in general, how much of it we can enforce. We utter harsh words. Some of us suggest apprehending the Armenian citizens who are thought to be around 70,000 working illegally in our country and deport them. This way, they claim, Armenia would be punished and those expatriated would react to Yerevan.

I am suggesting just the opposite. I am saying, ?Let?s take a positive step, not negative.? Because extraditing 70,000 desperate people would inflict an even bigger harm on our country and make them say, ?See, Turks are this brutal.? I suggest we should protect those people. These people are here because they are in a life struggle; they are working away from home. If we really want to create a lobby, let us issue long-term multi-entry visas to these people. Let us issue working permits. Moreover, let?s give citizenship to those who demand it. Then, you will see what real lobbying can attain?

If we can use our heads to take some positive steps, then our job will be much easier.