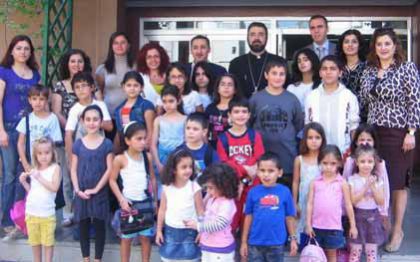 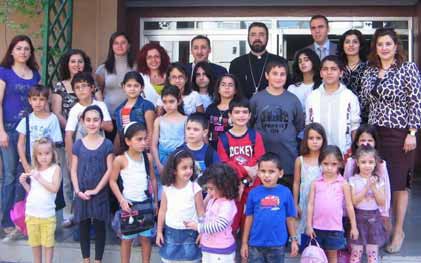 The Armenian Weekly school of Abu Dhabi has started its new school year after a delay of two weeks, during which a completely new administration was introduced to manage the school.

Pakrad Balabanian was invited to be the Principal of the school.

The previous Principal and several teachers (one of them with 30 years record service), left the school, after bitter disagreements with certain members of the Council of the Armenian Community (Varchutyun). They were not even awarded letters of acknowledgment or appreciation for their long-term devotion.

Due to lack of transparency and supremacy attitudes exercised by some members of the Council, the situation in Abu Dhabi is very critical. There are members in the Council who combine the legislative and executive roles (being members of the Temagan and Varchagan bodies at the same time), a situation that gives them immense powers and practically makes them the jury of their own work.

To make matters worse, during the past one year, the Council convened its meetings and took all its decisions with the presence of only 3 or 4 of its original 9 members.

The situation is not different on the level of the four Temagan (Legislative) members of Abu Dhabi, who have never taken any unanimous decision in the past two years. The latest innovation on this level is the adoption of an important project related to the construction of the new Armenian Church in Abu Dhabi with the consent of one Temagan member only, who, by mere chance, happens to be the architect and the major donor of the same church.

The latest announcement of the Council gives hope that the situation will be changed. The announcement talks about possible renaissance in the community with the formation of 5 committees (Armenian Ball, youth, ladies, arts and crafts, Church).

It is curious to see how the same personalities, who could not convene their own meetings in a decent way, will be able now to inspire the people and involve them in the five committees.


Read Aztarar (Kuwait and Arabian Gulf Prelacy's official publication) report on the opening of the school year (in Armenian language, with no reference to the existing problems).