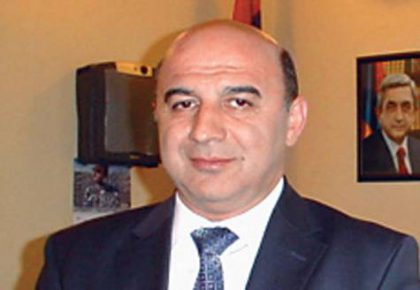 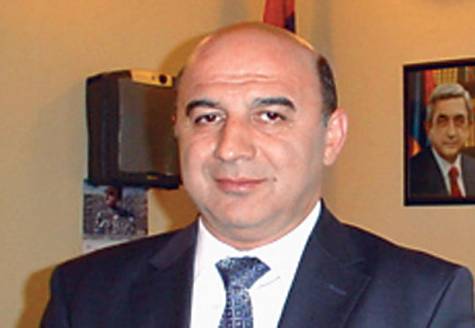 Its ageing nuclear reactor, which supplies 40 per cent of the republic?s electricity, is due to be decommissioned in 2016; its natural gas supply from Russia is unreliable; and it has almost exhausted its hydro-electric potential.

Those, at present, are the only power and heating sources for the mountainous South Caucasus country with snowy Eurasian winters.

?The number one problem for us in Armenia is the energy problem,? Armen Movsisyan, the country?s energy minister, said recently.

Armenia has already survived one severe energy crisis after the collapse of the Soviet Union, of which it was once a part.

Its Metsamor nuclear plant was shut down by Soviet authorities in 1989, just 13 years after it came online, probably due to international pressure over safety concerns after the world?s worst nuclear disaster at Chernobyl in Ukraine three years earlier. In that instance a catastrophic explosion left the radioactive reactor core exposed.

As with Chernobyl, the structures containing the Metsamor reactors are single-walled. All modern reactors have double-walled containment structures.

Armenia had also suffered a devastating earthquake in 1988, which raised international awareness of the location of its atomic plant, close to major seismic fault lines. Metsamor was only 75km from the epicentre of the quake in north-western Armenia, which killed 25,000 people.

But Mr Movsisyan said the decision to close both of the plant?s reactors had nothing to do with that event. ?It wasn?t related to the earthquake,? he said, without elaborating.

Regardless of the exact reasons, the reactors were restarted six and a half years later in 1995, under the watchful eyes of the International Atomic Energy Agency (IAEA) and the Armenian Nuclear Regulatory Authority, which was established in 1993, just two years after Armenia gained independence.

The power station is run by a consortium of the Russian electricity utility RAO UES and the Russian nuclear operator Rosenergoatom.

The decision to restart the decommissioned nuclear reactors, a rare occurrence anywhere, was made because Armenia simply could not do without the power.

The country lost its gas supply from Russia for more than two years after the Soviet break-up, leaving its people dependent on firewood to survive freezing winters. In short order, the young nation also lost of most of its forests.

Today, small armies of volunteers and agricultural workers in a country that exports cherries, pears and walnuts are replanting orchards and formerly wooded areas. Armenia is also looking at developing wind and geothermal power to augment its hydro-powered renewable energy sector, but that will take time.

In the medium term, said Mr Movsisyan, ?our energy options are nuclear and gas?.

Armenia?s eastern and western borders with Azerbaijan and Turkey have been closed since 1993 due to the dispute over the breakaway enclave of Nagorno-Karabakh, so any gas must come from Russia to the north, or Iran to the south.

Those two countries respectively possess the world?s largest and second-largest gas reserves, but that does not mean importing gas from either is easy.

The existing Russian gas supplies to Armenia must pass through Georgia. That nation has rocky relations with Russia, with which it briefly went to war in 2008.

The Armenian government worries that the gas flow through the poorly maintained cross-border pipeline could be cut with little warning. Consequently, it has negotiated with Tehran a second import corridor from northern Iran. A small pipeline joining the two countries opened in 2006, and another is being built.

But Iranian efforts to develop its vast gas resources have lagged behind domestic demand, with the result that Iran is a net gas importer, reliant on additional supplies from Turkmenistan.

Analysts say Iran?s gas situation is unlikely to change until Tehran takes the politically unpopular step of cutting fuel subsidies and resolves its dispute with the West over its controversial nuclear programme. That casts doubt on the success of Armenian efforts to secure gas imports from its southern neighbour.

The sole remaining option for Armenia is to build a nuclear plant. It is planning to do that by 2017, under an energy policy launched in 2007 with backing from Russia, the US, the EU and the IAEA.

The EU and Turkey are growing especially nervous about the state of the existing Metsamor plant, although authorities in the capital Yerevan insist they are rigorously addressing all safety concerns.

Last December, the Armenian energy ministry approved the formation of Metzamorenergoatom, a joint venture with Russia?s nuclear contractor AtomStroyExport, to build a 1,060 megawatt plant at Metsamor that would have a 60-year service life. Construction of the $4bn project is due to start next year or the year after.

With Georgian airspace closed to Russian traffic, a major issue is how to move between 12,000 and 13,000 tonnes a year of enriched uranium fuel for the plant reliably from Russia into Armenia.

Does Armenia have contingency plans to cope with any hold-ups to its crucial nuclear programme?

?The plan is that the project should not be delayed,? said Mr Movsisyan.