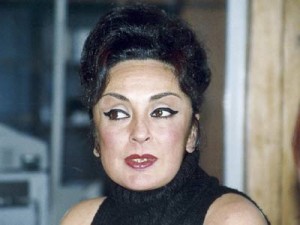 On Jan. 19, when I was listening to Arat Dink?s speech in front of Agos in Istanbul, I thought how much he really resembled his father, how naive and fragile he was.

The sentences he used to express his immense suffering, how ?soft? they were in the face of the lived reality, and how loaded they were!

It?s been a whole three years since Hrant was slaughtered?

His crime was being an Armenian (!) and ?reminding the criminals of their crime (!)?

By scaring they forbid ?objecting,? they try to silence ?those who object.?

Even those who know remain silent faced with their ?destructive violence??

When Hrant Dink was slaughtered we had prepared a statement.

In it we had said:

Those who targeted you.

Our hearts are aching.?

However, because of the – possibly correct – worries and warnings of the Armenian community, we had it withdrawn.

I had written an essay after His death.

I had said, ?We owe it to our dead that we state the facts.?

And naturally the ?dependent judiciary? immediately filed charges based on Article 301 of the Turkish Penal Code.

I say it once again and aloud: 1915 was a genocide and Hrant Dink was massacred by the followers of the mentality that committed genocide.

The Turkish Republic, whose establishment was presented as a ?revolution,? took the Committee of Union and Progress (CUP) and its special organization Teskilat-i Mahsusa as its model, and became their continuation.

In the Lausanne Conference, the Turkish Republic took over the debts of the Ottoman Empire, but not its biggest debt, its ?debt of apology,? and still insists on not doing so.

They don?t change, we must know that.

Because there is no strong social demand for them to change.

Unfortunately the totalitarian system has made the persons and communities it has ruled like itself?

Everybody looks like this militaristic state. They see themselves as the ?sole owner? of these lands we live on.

They?re ignorant! In fact this ignorance is their shield.

They don?t want to read or think.

Since they have things to lose, they choose to cripple their hearts and brains.

Even those who identify themselves as intellectuals have failed to escape the spiral of fear.

Edward Said said, ?The intellectual is the one who cannot easily be the man of governments or big corporations, who exists in order to represent the people and issues that are constantly forgotten or swept under the carpet.?

Yes, in Turkey, all together, the genocide committed against the Armenian nation has been ?swept under the carpet.?

Everybody has a share in that. And everybody is guilty.

Those who don?t explicitly say ?genocide,? those who are still ambivalent, who remain silent, who are afraid, I want to remind you of the words of Dr. Nazim in a secret meeting of the CUP in the beginning of 1915: ??Armenians are like a deadly wound. This wound is first thought to be harmless. But if it is not treated by a doctor in time, it definitely kills. We must act immediately. If we act as in 1909, it will do more harm than good. It will awaken the other groups we have decided to eliminate, the Arabs and the Kurds, and the danger will become threefold??

??If this cleaning out is not general and final, it will hurt more than heal. We must wipe out the Armenian nation from our lands. Not even a single person must survive and the Armenian name must be forgotten? This time the operation will be a total wiping out. And provided that not even a single Armenian survives, total elimination is a must.? (*)

Yes, what Dr. Nazim talked about was carried out.

But has the mentality changed? Unfortunately the answer to this question is a huge no.

After the massacre of Hrant Dink, Arif Sirin (a.k.a. ?poet Arif?) and singer Ismail Turut put their racist feelings on paper, and composed a song that praised Ogun Samast, the murderer of Hrant. After the criminal complaint of the Human Rights Association, charges were filed against these two fascists. But the judges, who found those who condemned Hrant?s murder guilty, decided that these two were innocent. And they didn?t find anything criminal in the song that defended the massacre?

Now we have to ask: Who is the murderer of Hrant Dink?

** Eren Keskin (24 April 1959, Bursa, Turkey) is a Kurdish nationalist lawyer and human rights activist in Turkey. She is vice-president of the Turkish Human Rights Association (İHD) and a former president of its Istanbul branch.