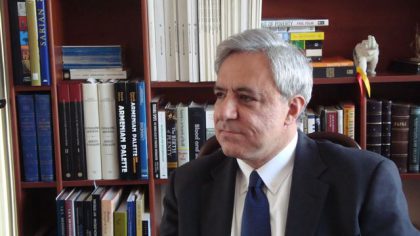 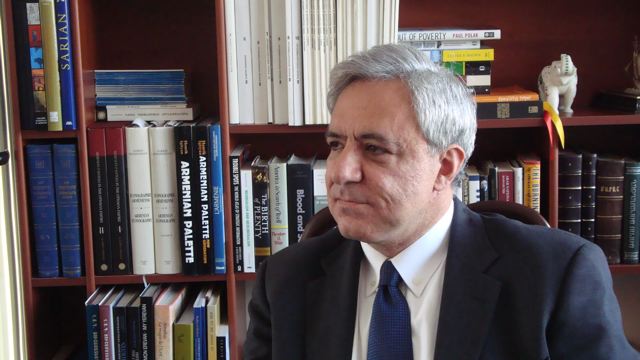 We are facing a critical historic and political decision as a country and as a people and Civilitas believes in the importance of public debate. But in the case of these protocols, the debate is going off in the wrong direction. Not only are we presented with a fait accompli, but they?re also telling us nothing is changeable, and those documents have no preconditions.

Reading these protocols one unwillingly comes to the following conclusion: That these documents were prepared, somewhere, with Turkey?s participation, and imposed on the Armenian side, or the Armenian side really did negotiate this document having fully convinced itself that Armenia?s future development and survival is indeed completely linked to the opening of this border.

Those are the only two possible explanations. Otherwise, it?s not possible to understand the logic of these documents that unequivocally give Turkey what it has wanted for 18 years. Let?s not fool ourselves, let?s not mislead our people, let?s not trample on our own dignity, and let?s call things by their name.

For a moment, let?s assume that the border will indeed open. We will, as a nation, have to recognize that the border is being opened in exchange for important concessions of history and national honor, and of our sense of who we are and how we view our role and place in this region. We will have conceded our equal place in our future relations with Turkey.

At the base of this document is a defeatist attitude. It reminds me of the mood in 1997, when we were being told Armenia has no hope of further development, that it can?t be a stable, fully independent state if the Nagorno Karabakh conflict is not quickly resolved. The next 10 years came to disprove this. Despite the many problems and faults of that period, with the border still closed, there was in fact serious economic improvement. Our economy saw double-digit growth thanks to old and new economic reforms and their continuation. The country became more stable, with a new sense of unity, however fragile and incomplete, and with broader Diaspora inclusion.

Today, Armenia?s situation is again very difficult. We have an inexplicable 18.4% decline in growth, when the average world decline is two to three percent. Diaspora and Armenia have never been so distant from each other. Our society has never been so polarized. Our people have never felt so hopeless about our country?s future. Under these conditions, old sentiments have emerged again, telling us that Armenia can never become a fully independent state and cannot develop economically because of the closed border and the unresolved Nagorno Karabakh conflict.

Today, since we?ve already gone down this road, I can say with even greater confidence, that that?s not the case.

We must have trust in our own resources, in our people, in our country, in our future. If we successfully completed first generation economic reforms, we must move on to the second, third, fourth, fifth generations. These hold huge potential for our prosperity. We have an ever greater potential source: our unity and common sense of purpose.

Despite all this, there is also a new area where no one — not past administrations and not this one either ? has seriously and honestly ventured. Very little has been done in the thorny but vital area of political reform. Unfortunately, our state is not a democratic state yet. But our whole future and security depend on that one word. We have not invested in fortifying and consolidating our democratic institutions, and now instead of going forward, we are going backwards. Our people, any people, are creative when they are free; but we have not created the conditions, the equal playing field, an assured rule of law society that protects the freedoms that enable prosperity. The closed border has not kept them out. Our succeeding governments have not nourished the seeds that are here on our land.

Our problems are here, at home. The solutions, too, must be sought here. No one says no to open borders or to an agreement on Nagorno Karabakh. But we must do so in the right way, in a dignified way, not with an imposed external solution, but a solution achieved from positions of strength among equal partners.

Signing these documents will not solve our problems. On the contrary, they will bring on entirely new setbacks and problems that can only be tackled by a unified, free, hopeful society.

That is not to say protocols with Turkey should not be signed. Of course they should. Even these two protocols, with all their major and minor unacceptable, controversial, questionable provisions would be acceptable, if at the very least, one sentence were removed, and a few words changed.

But as currently formulated, they cannot be signed.

First, if we were to assume that Turkey, after signing the protocols, will ratify them as well, we must ask ourselves, will the opening of the Turkish border be worth the price we will pay? This is the price they have been asking since 1991, when after the collapse of the Soviet Union, Turkey recognized and established diplomatic relations with all former soviet republics except Armenia. Since the beginning, they?ve had two demands ? that Armenia renounce any territorial claims, and that Armenians renounce the international genocide recognition campaign. A third demand was added in 1993 ? that Armenians withdraw from the territories surrounding Nagorno Karabakh.

Since that day, those three conditions have been consistently repeated. Today, the first two are formalized in the protocol. It?s there, black on white, and our government has apparently agreed to meet those demands. The protocol is worded such that not only do we agree to respect the territorial integrity of Turkey, but in the next sentence, we consent to renounce our historic rights as well as even the theoretical possibility of regaining historic justice.

Today there are more than 190 countries in the world, and there are nearly that many territorial disputes among them. That means that pairs of countries with normal relations with each other continue to disagree over their borders. A fourth of those disputes are in Europe. They have embassies, they trade, they have friendly relations, but their diplomats continue to talk and argue, respectfully, over their differing interpretations of history and territory. Those countries have signed protocols and have diplomatic relations.

Today, we can recognize Turkey?s territorial integrity. But how we continue that sentence is a right that no one can take from us or our future generations.

A protocol to establish diplomatic relations between two states sets the start for a long-term relationship during which two countries will tackle and resolve many new and ongoing bilateral problems. When the document that formalizes this relationship includes language that transforms the relationship to an unequal one, extracting one-sided concessions, one wonders about the future of such relations.

The same concerns exist with the protocol provision about a historical subcommission and the ?impartial scientific examination of the historical records?. Our neighbor, the successor to a state which committed Genocide, has not itself condemned this internationally recognized crime, yet expects to use this protocol to formalize its own unwillingness to confront history. Worse. Armenia?s government has acquiesced and agreed to be dragged into another endless process of denying and rewriting. Already, before the documents are even signed, there is talk of Turkey?s asking countries to re-visit their own statements of genocide recognition and condemnation. Turkey will cite the protocol and proceed with its efforts to rewrite history. Armenia and Armenians will expend energy and time to confirm historic facts.

These are the pitfalls that await us if Turkey intends to ratify the protocols. But what if this is all intended to show the world that they are ready to proceed with open borders, while at the same time their parliament withholds ratification until Azerbaijan is satisfied with the Nagorno Karabakh resolution?

This is the fundamental danger. These are not empty fears, this is not the product of an active imagination. Prime Minister Erdogan and Foreign Minister Davutoglu remind us of this condition daily. Their demands on Nagorno Karabakh are Azerbaijan?s demands. Already, even before the protocols are signed, they continue to speak of those conditions. During the last year, there has not been an opportunity when Erdogan has spoken of Armenia-Turkey relations, without mentioning a return of the territories surrounding Nagorno Karabakh, and sometimes even return of Nagorno Karabakh itself. There hasn?t been one opportunity when Erdogan in his bilateral meetings, has not spoken about Nagorno Karabakh as an important agenda item. Apparently, Turkey is not concerned that as a consequence of such announcements, Armenia will withdraw from this process or from signing the document. Thus, Turkey is going against the letter and spirit of the document, by taking sides with one neighbor, at the expense of another.

In other words, if the purpose of this document and this process is to look to the future, that is not happening.

The only part about this that is surprising is that our leadership either does not hear them, does not want to hear them, or wants to believe they really mean something other than what they say.

For 15 years, Turkey has maintained the blockade, hoping for our economic and political capitulation. It didn?t happen and will not happen. Today, it is they who desperately need to come out of that political corner in which they placed themselves, it is they who need that border open, and they seem to have found a way to do it, at our expense.

Instead, our government has been making concessions, in their haste to move this process forward. From the beginning, if they were not farsighted enough to avoid being put in this position, now that this situation has been created, they must find a way to change course.

They have no choice. We are at a crossroads in our history. We have on the table the first bilateral document that the independent sovereign Republic of Armenia intends to sign with the Republic of Turkey. These documents not for and by third parties, as with the countless historical documents of the past where Armenia is a subject and not a party, but for the first time in history, a document in which Armenia is signing on to its own perceived place in history.

When people hear my criticism, sometimes they accuse me of jealousy. I think they do this so that they don?t have to have to deal with the substance of my criticism but instead, they trivialize it so they can dismiss it.

Nevertheless, I want to confess, I am sometimes envious. But of Turkish diplomacy. I would not dare to bring such a document to the table, I wouldn?t sign it and I don?t envy the man who will soon do so.