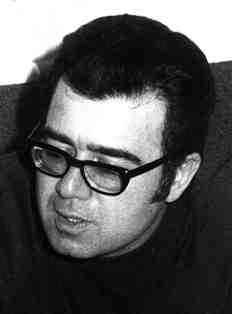 At least three of my readers disagreed with me recently because, they said, in their view our institutions are fine, our leadership competent, and the status quo as it should be. As evidence they offered the fact that the AGBU had allowed them to obtain university degrees.

I suppose these three readers have a good reason to support the status quo because the status quo has been good to them. But what about the millions who have opted for assimilation in the Diaspora and exodus in the Homeland?

The theory that what is good for me must be good reminds me of the African tribal chief who, when asked to define what's good and what's bad (and this according to C.G. Jung) replied: “When I steal my enemies wives, it's good; when he steals mine, it's bad.”

Likewise, a one-eyed man could say: “Since my one eye has made me king among the blind, blindness must be a good thing.” And if, God forbid, someone with two eyes came along and threatened his position of eminence, what then? Should he be seen as a usurper and blinded? Yes, of course, say our bigots whenever they promote intolerance in the name of patriotism.

NOTE: We have in many occasions posted Ara Baliozian's comments and ideas. Baliozian, who lives in Canada, is a harsh critic of our modern time political, social and literal life. Above is a sample of his thought.