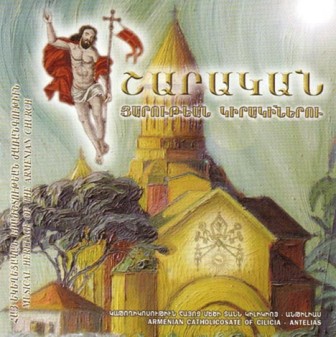 The Christian Education Department of the Armenian Orthodox Church (Catholicosate of Cilicia) recently released a new CD of hymns for our Lord's Resurrection.

The CD has been prepared by the joint efforts of the Cilician Brotherhood members who also sing the hymns on the CD. This educational CD will prove useful in particular for the students of Sunday schools and teachers of religion in Armenian schools.

The CD is also accompanied with an educational DVD, which features the lyrics of the hymns with pictures of Armenian churches, monasteries and landscape and thus allows the listener to learn the hymns by singing along (karaoke).

The Christian Education Department has also recently released 4 CDs containing the Hymns of Great Lent Sundays and a series of other DVDs, including a documentary on the history of the Catholicosate of Cilicia and a series of church services.

Source: Newsletter of the Catholicosate of Cilicia, issue number 43/07
8 May 2007
Website: www.cathcil.org 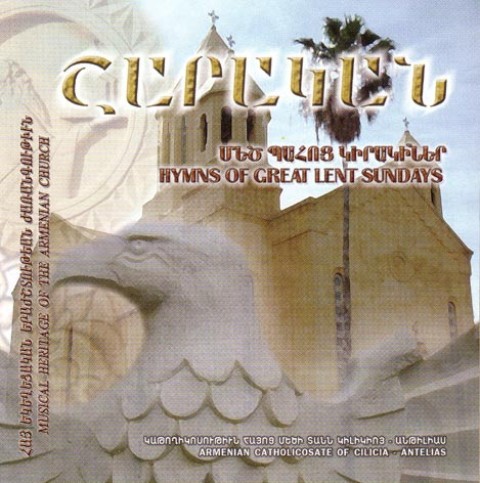