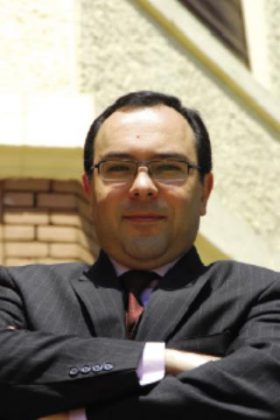 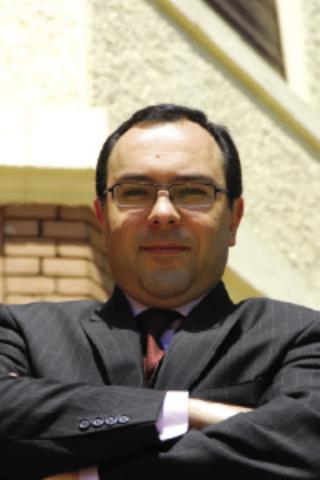 Although the Armenian community has for years meshed seamlessly with Egyptian society, with Armenian jewelers, businesses, schools and clubs found throughout the nation, very few people actually know that Egypt's history with Armenia goes all the way back to the days of the Pharaohs, and that some of the most influential figures in Egypt's history were in fact Armenian.

“The visit of the president is the best proof of the existing cooperation between and ,” Armenian Ambassador to Rouben Karapetian tells Egypt Today. “This is the current president's first visit to and it is an official visit for negotiations and talks starting with President Mubarak and then Prime Minister Ahmed Nazif, the speakers of the Parliament and Sheikh Al-Azhar. It's a dialogue of civilizations.”

Karapetian adds that the president's meeting with Arab League Secretary Amr Moussa and the Arab ambassadors “reflects the level [of cooperation] between [ and] not only , but also the Arab world.”

The visit also saw the signing of eight agreements in different fields including tourism, economy and education, with an agreement inked between and a medical university in , according to Karapetian. The two nations also agreed to increase cooperation between their respective ministries of interior in terms of exchange of criminal suspects and other matters of justice.

The agreements signed are only a few of many pacts and treaties between the two countries since the beginning of diplomatic relations in 1992, a year after was declared a . was one of the first countries to recognize its independence and since then the two countries have been initiating mutual cooperation in several fields.

“During these 15 years, we succeeded in establishing excellent levels of political relationships and close cooperation in practically all fields,” notes Karapetian. And when it comes to “assisting each other in international organizations, we can claim to be exemplary for others.”

A Marriage of Civilizations

But the history between the two countries goes back significantly further than 1991, with the Armenian heyday in peaking during the Byzantine and Fatimid times, when Armenian politicians reached prominent positions during the reign of Mohammed Ali.

Armenians have thus always been part of the Egyptian community, influencing it as much as being influenced by it. “There is a [long] history between Armenians and Egyptians and as citizens of , [we contributed to the history and society of ],” notes Karapetian.

Ahmed Ibn Tulun, who built the Ibn Tulun Mosque, and the three architect brothers who erected Bab El-Nasr, Bab El-Fath and Bab Zuwayla, all important historical Egyptian monuments, are examples of Armenians who came to and left imprints on its culture and history.

But Armenian influence goes far beyond building monuments. Armenians have had a particular impact on 's educational system, with Ya'cub Artin Pasha Cherakian, known as El-Ustaz El-Kabir (the Great Teacher), developing education and establishing the first school for girls in as well as the first kindergarten.

The first school in was established with the help of an Armenian called Boghos Bey Yusufian. Under the rule of Armenians including Badr Al-Gamali, a prominent military leader commanding an all-Armenian army, and his son , saw the creation of the as well as two public parks boasting exotic gardens. Armenian-born Shagaret Al-Durr also became the first woman to sit on 's throne in the Islamic era.

And what few people know is that Armenian Nubar Pasha, 's first prime minister, had a vision of creating . He managed 's Water Company, which introduced piped water – this led to the creation of later on by his son, who invited Baron Empain to build the district. Nubar Pasha also designed an irrigation plan and is the only Armenian to have both a lake and a type of long-staple cotton named after him. Despite his valuable contributions to agriculture, it was Nubar Pasha's shrewd legal reforms and his decision to establish mixed courts that were considered his greatest achievements in .

With such deep historical roots, it's no surprise that the relationship between the countries only grew stronger after declared its independence. “When became independent, we had a good base for developing relations and it was much easier because for years was a part of the region,” says Karapetian. “Although in 301 AD, became the first country in the world to officially adopt Christianity and [while] it is a European country, it is also part of the . Thus it has a historical mission of [interpreting], of creating the link in different areas with its knowledge of the East and European background. Our relationship with and the Arab world is based on other historical experiences too.”

Today the Armenian community in remains one of the oldest in the world, comprising some 8,000 nationals living mainly in and . Although the number was much higher in 1915 when a forced migration followed the Armenian genocide in and opened its arms to Armenian refugees, it drastically decreased with the Nasserite movement and the nationalization of their businesses.

“Armenians have been welcomed in and were given an opportunity to contribute while in other countries they were forced to leave,” notes Karapetian.

At present the community has consolidated ties with the social and religious organizations nationwide. The Diocese of the serves to guard the community's assets, and many other organizations provide support to the Armenian community in . There are several Armenian schools still functioning and although once restricted to just Armenians, they have, for financial reasons, been forced to accept students from other nationalities. There are also four cultural clubs in and two in , providing activities for youth, such as dancing and choirs, three sporting clubs in and two in . The ambassador notes that over the years, Armenians have smoothly integrated into the Egyptian culture and there has been a noticeable harmony between the two cultures.

“I always say if you want to give an example of exact and real dialogue between Christians and Muslims, you can give the example of and .”