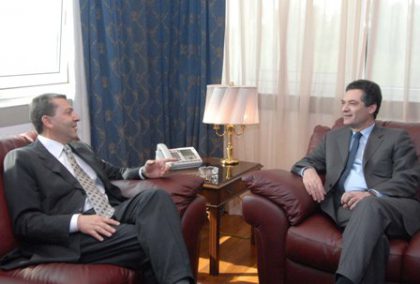 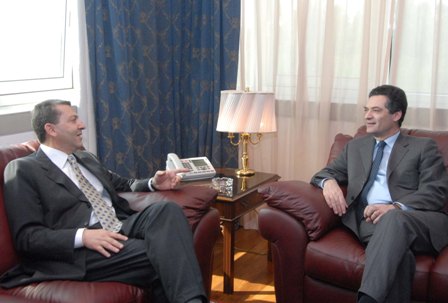 On 23 February 2007 Cyprus President Tassos Papadopoulos decorated French Parliamentarian and member of the Cyprus France Friendship Group Patrick Devedjian with the Grand Collar of the Order of Makarios III of the Republic of Cyprus. He described Devedjian as “true friend of Cyprus and supporter of Cyprus' accession course in the EU”.

“His well known and firm support for Cyprus in France has earned him the love and esteem of the people of Cyprus, who know how to judge and appreciate friends who prove their consistency when their support is needed,” Papadopoulos said.

Speaking during the ceremony at the Presidential Palace, Papadopoulos said that the Greek Cypriot side desires a functional and viable solution to the Cyprus problem as soon as possible. He underlined that “the solution should be consistent with the European values and principles, which would allow a united Cyprus to upgrade its effective participation in the European institutions as an equal, credible and creative partner. A solution which would safeguard the real reunification of Cyprus, the reunification of the land, the society, the economy and the institutions,” the President added.

Sources: Gibrahayer (01 March 2007) and Cyprus News Agency
Photo: Meeting of the Cyprus Minister of Foreign Affairs Yiorgos Lillikas (left) with the Member of the French Parliament and Member of the France-Cyprus Friendship Group Patrick Devedjian (right).