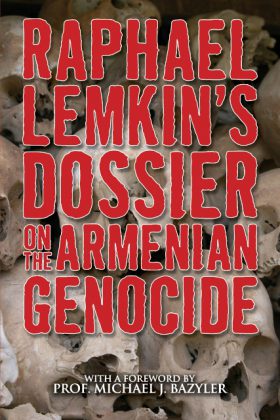 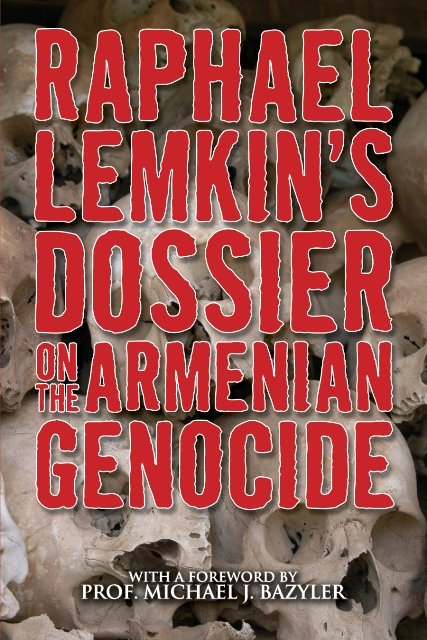 New publication by the Center for Armenian Remembrance (CAR)

Raphael Lemkin was one of the greatest and most influential lawyers and human rights activists in the last century. Not only did he coin the word ?genocide,? but was also the prime mover for the enactment of the United Nations Convention for the Prevention and Punishment of Genocide (the ?Genocide Convention?), the international law document that in 1948 made genocide an international ?crime of crimes.?

Distressed by the cyclical slaughter of Armenians by Turks in 1894, 1909, and 1915, Lemkin compiled a dossier and searched for legal? remedies to punish perpetrators of mass murder and to deter and prevent future genocides.

?Raphael Lemkin?s Dossier on the Armenian Genocide,? a stunningly? graphic book published by the Center for Armenian Remembrance (CAR), constitutes an important contribution for scholars, human rights activists and others seeking to know what the originator of the term genocide and the ?father? of the Genocide Convention had to say about the Armenian Genocide.

This timely book, which was published through the efforts of Attorney Vartkes Yeghiayan, is the perfect antidote to the denialist campaign that has lately intensified by the banning of a book in Toronto and its replacement by books by denialist historians Bernard Lewis and Guenther Levy (Azad-Hye note: Few days ago the banned book mentioned in this context was re-introduced in the curriculum due to the efforts of the Armenian community in Canada).

It is impossible not to be touched by the eyewitness reports that Lemkin has meticulously compiled in this dossier. The reader will quickly be convinced that the brutal campaign against the Armenians is the very definition of Genocide. This book has the power to inflame the reader with indignation, sorrow and righteous anger.?