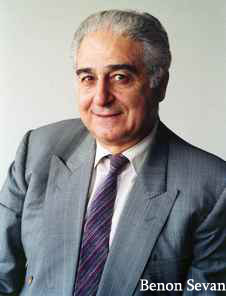 February 15 will mark the twentieth anniversary of the withdrawal of the Soviet troops from Afghanistan. On that day, the last Soviet soldier, Lieut. Gen. Boris V. Gromov, the commander of the Soviet forces in Afghanistan, walked across the ?Friendship Bridge? linking the Afghan border town of Hayratan with Termez, in the Soviet Union, bringing to an end the costly and disastrous nine-year Soviet military involvement in Afghanistan, which began in December 1979.

The withdrawal of the 100,000 Soviet troops from Afghanistan was completed on February 15, 1989, pursuant to the Geneva Accords, signed on April 14, 1988 between Afghanistan and Pakistan, with the United States and the Soviet Union serving as guarantors.

I was present in Kabul during the military parade on May 15, 1988 to mark the beginning of the withdrawal of Soviet troops. The Soviet Union did not consider the troop withdrawal as a military defeat but rather, as General Gromov put it, as ?the completion of an international mission and the fulfillment of the Geneva Accords; none of our units, even the smallest one, have retreated. That is why there is no talk of a military defeat.?

During a meeting held at the fortified Soviet embassy in Kabul, a week before the final withdrawal of the Soviet troops, my friend Ambassador Yuliy Vorontsov, with his usual sense of humour drew my attention to the numerous media representatives gathered outside the Soviet compound.

?I am sorry they would all be disappointed,? he said. ?They are all waiting for me to run away from Kabul. We will not abandon Afghanistan like the Americans who rushed to the helicopters on the rooftop of their embassy as Saigon fell around them,? he added.

The Soviet Union failed in Afghanistan not only because of the perseverance of the Mujahedeen fighters supported by the United States and others through Pakistan but because, above all, they failed to win the hearts and minds of the Afghan people. Instead, they concentrated their efforts on a military solution.

The Soviet military intervention was not only costly to the Soviet Union but, above all, to the Afghan people: over 1.5 million Afghans killed; over three million refugees in Pakistan and two million refugees in Iran; over a million internally displaced; thousands upon thousands maimed, orphaned and widowed, with the country devastated and covered by land and butterfly mines.

Once the Soviets left Afghanistan, however, the Afghan people were forgotten and the attention of the world moved elsewhere. It is most unfortunate that no one seems to have learned lessons from the Soviet failure in Afghanistan; to this date a heavy price is being paid for that failure.

In the mean time, the Taliban have spread all over Afghanistan and have also been creating havoc in Pakistan. The weak government of President Hamid Karzai has not helped the situation either. It looks like President Karzai has been losing speedily his favoured position enjoyed during the Bush administration and may be dropped like a squeezed lemon.

Pakistan has been paying the cost for its heavy involvement in Afghanistan during the Soviet occupation, when it served as the front line state in the Cold War. Pakistan provided sanctuaries to the Afghan mujahedeen. Pakistan?s Inter-Services Intelligence (ISI), which literally directed the war in Afghanistan, was involved in the recruitment and military training of the mujahedeen.

It also served as the main broker in providing the funds and the military supplies to the mujahedeen ? provided mostly by the CIA and Saudi Arabia ? favouring the most extremist mujahedeen leaders, including Gulbuddin Hekmatyar, Ustad Abdul Rabi Rasul Sayyaf ? who is said to have been the one who first invited Osama bin Laden to Afghanistan ? and Mawlawi Mohammad Yunus Khalis.

I regularly warned the representatives of the United States, Pakistan and Saudi Arabia, as well as others involved in favouring the extremists groups in Afghanistan that they should instead support the moderate mujahedeen leaders. I warned them that the Frankensteins they were creating would one day come back to hound them in their own countries.

During a meeting with the then Pakistan President Ghulam Ishaq Khan, I was told that all Pakistan was interested in was to have ?a friendly Islamic republic in Afghanistan.? I responded that the policy being followed would instead ?turn Afghanistan into an Islamic cemetery, and cemeteries do not recognize borders. The cemetery would extend to Pakistan.?

I had similar conversations, among others, with the late Benazir Bhutto and Nawaz Sharif, former Prime Ministers. Afghanistan became ? and continues to be ? the breeding and training ground for extremists coming from all over the world, from Algeria to the Philippines.

While Afghanistan indeed poses ?the greatest military challenge? to the United States, as recently stated by US Secretary Defense Secretary Robert Gates, one should not underestimate the challenge posed by the increasingly dangerous developments in Pakistan where in certain circles, particularly within the military, there is resistance to the increased criticism and growing pressure being placed by the United States on the Government of Pakistan to improve its counterterrorism performance. According to reports, there is also a growing suspicion within Pakistan regarding American intentions, particularly after the strategic relationship established between the US and India.

With the departure of the Bush administration obsessed with its anti-terrorism fight without any distinction between Islamist extremists and Islam, there is now hope that under new US Administration there would be a major policy review with regard to Afghanistan, avoiding the mistakes committed not only in Iraq but also in Afghanistan which had been placed on the back burner for so long.

The appointment of Ambassador Richard Holbrooke as President Obama?s Special Representative to Afghanistan and Pakistan, is a welcome appointment. He has the experience as well as the courage to say it as is, if need be banging heads. The Afghans respect strong personalities, which Holbrooke is.

While security in Afghanistan is imperative ? thus the imperative to have the necessary armed forces for the time being ? the military should be used in support of the diplomatic and development process. If the current policy of a military option is reinforced, Afghanistan would become the Iraq of the new Administration.

It is therefore essential to establish a well co-ordinated emergency humanitarian assistance program, providing sufficient and guaranteed funding for economic and social, including educational, projects, as well as for the essential reforms of governmental institutions. There is need for major reconstruction and infra-structure programs. It is essential to understand and respect Afghan traditions, including tribal structures.

Afghans should fully participate in the implementation of the programs concerned and take full ownership of the process. Simultaneously with that effort, immediate steps must be taken to start negotiations with the Taliban forces that are not part of al Qaeda, who are prepared for reconciliation. This is something which is fully supported by President Karzai.

In one of my early cables from Kabul to the UN Headquarters in New York, I had written: ?I see the light but not the tunnel. I am afraid we must dig the tunnel ourselves.?

Well, Ambassador Holbrooke that is exactly what is needed to be done now without any delay. I wish you good luck. It is imperative, however, to involve all the neighbouring countries of Afghanistan, including Iran, in digging that tunnel.