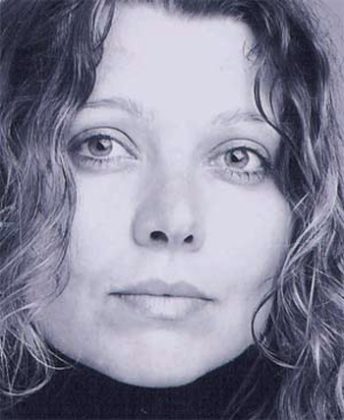 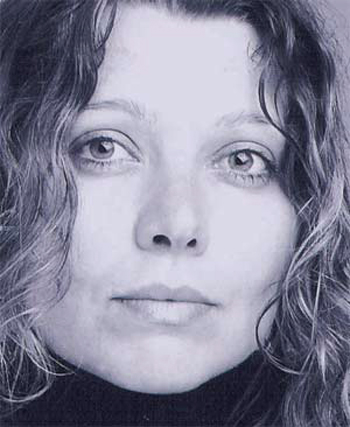 There is a moral putrescence peculiar to the denial of genocide. Yet denial's practitioners are all around us. The Sudanese government calls the butchers of Darfur “self-defense militias.” The Iranian president, Mahmoud Ahmadinejad, dismisses the Holocaust as “myth.” In an official government report, the Turkish Historical Society describes the slaughter of more than a million Armenians between 1914 and 1918 as “relocations” with “some untoward incidents.”

It seems obvious that the Turkish novelist Elif Shafak smells the rot in her homeland. Indeed, “The Bastard of Istanbul,” her sixth novel and the second written in English, recently led to a suit by the right- wing attorney Kemal Kerincsiz, who declared that Shafak's Armenian characters were “insulting Turkishness” by referring to the “millions” of Armenians “massacred” by “Turkish butchers” who “then contentedly denied it all.” Earlier, Kerincsiz sued Turkey's best-known novelist, the Nobel Prize-winner Orhan Pamuk, for telling
a Swiss journalist that “30,000 Kurds and one million Armenians were killed in these lands, and nobody but me dares to talk about it.”

Pamuk's isolation is less than complete and his stance not entirely daring. Kerincsiz and others have brought about 60 similar cases, a majority concerning the Armenian genocide, and not one has resulted in prison time. Kerincsiz opposes Turkey's bid for membership in the
European Union, and he acknowledges that these circus displays of his country's censorship laws aid his cause.

Although the international literary community has rallied behind Pamuk and Shafak, both of whose cases were dismissed, there has been decidedly less clamor about the suits brought against Turkish-Armenian journalists, translators and political activists. At the same time, Turkish nationalists have charged that Pamuk's Nobel and Shafak's place in the spotlight have had more to do with their persecution than with the merits of their work.

The critical consensus on Pamuk is undeniably strong, that on Shafak far less substantial. Most of her novels have not been reviewed in the West, and with the recent uproar she has become more discussed than read. Here, she has taken on a subject of deep moral consequence. But is the work worthy of its subject?

“The Bastard of Istanbul,” set in the United States and Turkey, concerns two families  –  one Turkish, living in Istanbul, and the other Armenian, divided between Tucson, Arizona, and San Francisco. (Shafak is currently an assistant professor of Near Eastern studies at the University of Arizona.) An ardent feminist, Shafak populates her novel with women. It's no surprise, then, that Mustafa, the Turkish man at the center of the plot, is more of an enigma than a character. First seen in a Tucson supermarket as a college student, he falls for and soon marries a young American who has recently divorced her Armenian husband. Not only does his new wife enjoy offending her Armenian in- laws with a Turkish spouse, she also relishes the idea that her baby daughter will have a Turkish stepfather.

That child, Armanoush, endures shuttle parenting, moving between her mother in Arizona and her father and his relatives in San Francisco. Shafak sketches these Armenians flatly and superficially, as uniformly and fiercely anti-Turk  –  and as overprotectively fretful about beautiful and bookish Armanoush. Instead of exploring her roots with her own family, she makes contact with Armenian-Americans online, joining a chat group dedicated to intellectual issues, including combating Turkish denial of the massacres. At 21, Armanoush
somewhat illogically travels to Istanbul, where none of her Armenian relatives remain. She stays with her stepfather's Turkish family.

The family this young woman encounters is a confusing swirl of four generations of women that includes a great-grandmother suffering from Alzheimer's disease; a disapproving, distant and angry grandmother; her four daughters; and one great-granddaughter. The eldest daughter is a self- styled Muslim mystic; another is a high school teacher, and yet another a schizophrenic. The youngest runs a tattoo parlor and has an illegitimate daughter, the bastard of the novel's title.

Keeping all these women straight isn't crucial since they function chiefly as adornments of Shafak's magic realism. We learn, for example, that the men of the family for “generations after generations … had died young and unexpectedly,” a contrivance that explains why Mustafa is living in Arizona and has never returned to Istanbul to see his sisters.

Armanoush's visit, which begins as an impulsive spurt of tourism, unexpectedly leads to a far darker explanation of her stepfather's exile. (Those who wish to read the novel and not have the ending spoiled should stop here.)

Armanoush inadvertently helps reveal Mustafa's secret  –  that he raped his youngest sister, that this sister covered up for him and that her child is a product of incest. It takes the mystic sister, with the help of an evil djinni, to bring about both her brother's death and his daughter's discovery of her origins.

Mustafa's crime is meant, presumably, to symbolize Turkey's long-denied history of genocide. But the fate of the Armenians is by no means obscure: Scholars around the world have  documented it with precision. Unlike the members of the Armenian diaspora, Mustafa's sister willfully hides the circumstances of her rape  –  although it's difficult to believe that this miniskirted, high-heeled, radically irreverent woman would have engaged in such subterfuge.

When the novel's skeleton finally dances out of its flimsy closet, it's clear that although Shafak may be a writer of moral compunction she has yet to become  –  in English, at any rate  –  a good novelist.

But Shafak, still in her 30s, has more than enough time to grow into a writer whose artistry matches her ambition.

Lorraine Adams is a writer in residence at the New School in New York and author of the novel, “Harbor.”

Newer PostThe merchant princes of India
Older PostEntrepreneur of the year: The Sheikh of Dubai