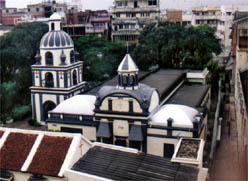 Newer PostThree realities we, as citizens of Turkey, must urgently come to terms with
Older PostArmenian in Istanbul