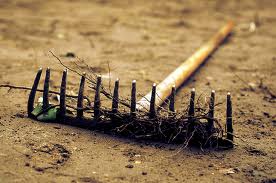 November (2013) summit in Vilnius between the EU and six members of the European Partnership program (Belarus, Ukraine, Moldova, Armenia, Georgia, and Azerbaijan) is expected to produce some tangible results?signing of the Association Agreements?for Ukraine and Moldova and provide ?a light at the end of the tunnel? for the rest of the group by way of updated timelines for signing. What does this mean for Armenia especially now when regional developments are becoming scary to watch?

What Armenia will be gaining by getting closer to Europe without putting its own house together is not clear. Economic benefits are elusive at best. With Serge Sargsyan and his entourage in power, it would be na?ve to expect any governance change?an important prerequisite for progress?or any meaningful reform that would improve the conditions without hurting their private pockets. Is Europe going to forego its potential energy projects with Azerbaijan in order to support Armenia? The answer is a clear no.

Some Russian analysts are warning that by getting closer to Europe Armenia is getting ready to surrender Karabakh. Whether that happens directly or indirectly (after a war that would be staged by the parties involved, after which Karabakh will be returned to Azerbaijan) is irrelevant. What is relevant is that Russia is obviously unhappy with what?s going on and can contribute to the acceleration of these adverse scenarios for Armenia by not taking sides or by just delaying its response for a couple of days.

Armenia?s open expression of discomfort over the sale of advanced weaponry to Azerbaijan and improvements in relations with EU is seen by Russia as complains of a spoiled child. This complaining may end badly for Serge Sargsyan, since he depends heavily on Russia for external and internal legitimacy and does not have the support of his people to go all the way. Russians will call his bluff because they are well aware how low Sargsyan?s popularity is in Armenia and how vulnerable he is domestically.

Whatever their incentives are, bureaucrats in Brussels should know that the path to Armenia lies through the hearts and minds of its people, and not through fraudulent presidential elections and favors to its leadership. Sargsyan may be eager to deliver what Europe expects him to deliver (after the Swiss-led OSCE team rubber stamped the February 2013 presidential election), but there is one wrinkle?he may not be able to, since people of Armenia may well realize that Europe is solving other problems by trying to wrestle Armenia from the arms of the Russian bear. Interestingly enough, April 24, 2015?the Genocide?s centennial?may very well have something to do with it, but this is a separate topic to which we intend to return later. In the meantime, Putin?s visit to Baku earlier this month may have expedited things beyond both Sargsyan?s and Europe?s control, as the Russian president may have been able to make an offer to his Azeri counterpart that the latter could not refuse.

Before throwing away the Armenia-Russia nexus as old and useless and instead putting all our eggs in the ?European basket?, we should acknowledge that the status of Armenia as Russia?s vassal was realized with the help of Robert Kocharyan and Serge Sargsyan. If its relations with Armenia were managed appropriately, Russia may?just may?not have sold the advance weaponry to Azerbaijan and in general may have been more attentive to Armenia?s national security and economic development needs. Indeed, the way we conduct/govern ourselves matters here too!

How far would the EU or NATO go to provide security guarantees to Armenia if something happens in Artsakh? Can Putin-Sargsyan relation still be salvaged? If not, what (or perhaps who) would be the basis of new Armenia-Russia relations and what does this mean for the domestic political dynamics in Armenia? What any of this tells us about the likelihood and the timing of renewed war between Armenia and Azerbaijan? These and many other questions remain unanswered by the political analysts.

Whatever the policy choice is, it should be made by people of Armenia with the help of their legitimately elected government, who will have both the right incentives and intellectual power to make the right choices. Short of this, we will have lose-lose situations and end up having to clean up the mess afterwards. What will clearly produce a win-win situation for Armenia is to put its house in order and build an Armenia-centric policy line, which includes strong/progressive economy, free/democratic society, and vibrant foreign partnerships involving good relations with both Russia and Europe.

In the meantime, by cozying up with Europe now, Sargsyan is making the same mistake as he made with the signing of the Turkish-Armenia protocols and very similar to what Georgia?s president, Saakashvilli, made by confronting Russia in South Ossetia in 2008. In both instances the decision-makers relied too much on what their ?foreign friends? told them and completely ignored the will of their own people. We hope Sargsyan is smart enough to avoid stepping on the same rake again!

Newer PostArmenia's Quest for a Democratic Identity: A Conversation with Raffi Hovanissian on Armenia
Older PostThinking aloud: The 2015 centennial of the Armenian Genocide