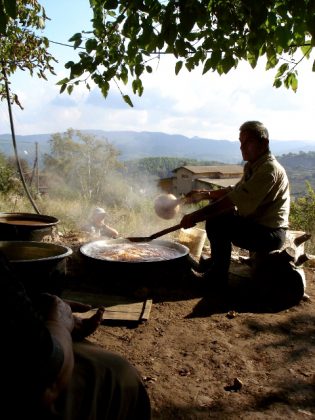 The sun never sets on the Armenian Diaspora; its constituent communities are scattered all over the world. Although Armenians have had a visible presence outside of Armenia, especially in the Middle East, since the times of King Tigranes the Great in 60 BC, it is believed that the genesis of the Armenian Diaspora took place in the Middle Ages. The majority of the Armenian exodus occurred due to two major events: the Armenian Genocide in 1915 and the Sovietization of the independent Armenian Republic in 1920. Consequently, today two-thirds of Armenians live outside of Armenia ? from Canada to Australia and from Argentina to Siberia. Despite being widely scattered, Armenians view Syria as the mother of their Diasporan communities, because at a crucial moment in their history Syria became their land of resurrection.

The oldest Syrian-Armenian community today exists in Kessab, a Syrian town near Latakia, on the slope of Mount Cassius (al-Aqraa).  The first records about Kessab go back to the period of the Armenian Kingdom of Cilicia in the 10th century. A distinguishing characteristic of the close-knit community is its own Armenian dialect which is still in use even among the young generation.

Kessabtzis derive their livelihood mainly from agriculture although tourism is a considerable moneymaker.  In August numerous Armenians gather in Kessab to celebrate the Assumption of the Virgin Mary while Syrian-Armenian youth and cultural associations, most noticeably the Scouts, organize camping trips in the scenic town throughout the summers.

The largest Syrian-Armenian community, and one of the biggest Armenian communities of the Armenian Diaspora, is the vibrant community in Aleppo.  Armenians in Aleppo have more than a dozen schools, where Armenian is taught in addition to the curriculum designed by the Ministry of Education.

The cultural life of Armenians in Aleppo is exceptionally rich and has given rise to a large number of world famous musicians, theatrical groups, dance ensembles, and artists.  The city is also well-known for hosting national and international art exhibitions and festivals. Key participants at such events are often Armenians and members of the Armenian Diaspora, whose presence helps strengthen heritage links between Armenians in Syria and other members of the Diaspora.

Following Armenian independence from the Soviet Union, a new phase of relations began between the Armenian state and Syrian-Armenians. Syrian President Bashar al-Assad made an official visit to the Republic of Armenia last June, upon invitation by his Armenian counterpart Serzh Sargsyan. He received the highest order of the Armenian Church by the Catholicos of All Armenians His Holiness Karekin II. The President stated that he is proud of the Syrian-Armenian citizens, who are an inseparable part of the Syrian mosaic and have made major contributions to the enrichment of the Syrian culture and heritage.

Article appeared as the cover story in the December 2009 issue of Forward Magazine, published by Haykal Media in Syria.

Posted in Azad-Hye with the consent of the author.

Photo: An Armenian villager in his Kessab vineyard. Photo by Khajag Nazarian. 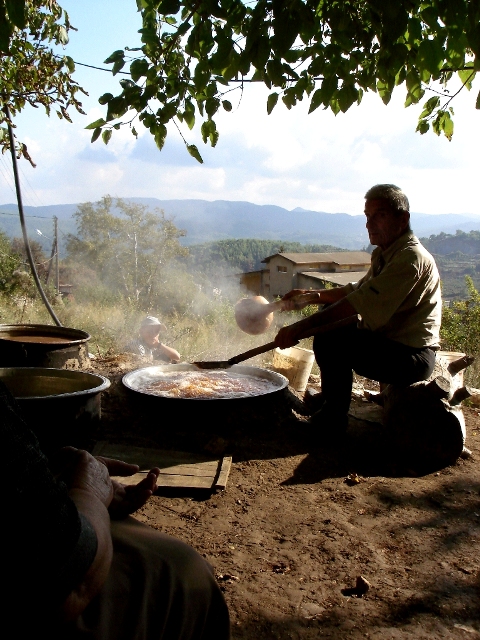 Newer PostGlobalized Aleppo
Older PostSmile back to the gawky stares!