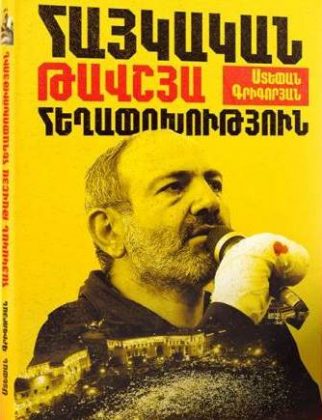 In an interview with Azad-Hye, the author mentioned that the book represents a complete analysis of the most important political events in Armenia in the recent times, all in one volume.

More specifically, it covers the time stretching from the walk campaign that opposition leader Nikol Pashinyan initiated from Gyumri, the second city of Armenia, up to the moment when the Parliament voted him as Prime Minister in a period spanning less than 40 days.

The author believes that the events that shaped Armenia in the recent weeks have international significance.

The author himself was not a mere observer of the unfolding events; instead, he was an active participant. At a particular time, he was even arrested and kept in custody.

The book is rich in photos. It is available in all bookstores in Armenia in both Armenian and Russian languages. There is also an intention for releasing an English version of the book.

Photo: The front cover of the book.