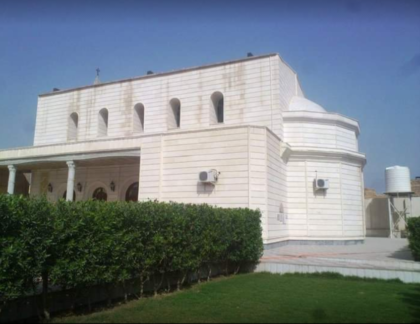 The church of the Virgin Mary in Basra is the main meeting point of the Armenians in Basra and its surroundings, in the South of Iraq.

Antranig Krikor, one of the members of the Community says, “The Armenian Church of Basra is one of the oldest churches in the city. It was first constructed in 1736, on the location of old church construction. Since then it was periodically renovated, until its current version”.

Novak Petrosian (Nwfak Aram Btrsyan), a member of the Council of the Basra Governorate representing the Christians said: “The presence of the Armenians in Basra goes back to the 13th century. Their numbers gradually increased, especially after the 16th century, due to the location of Basra as a trade hub with the neighboring countries”.

The church is located in the old Basra (Al Basrah Al Qadimah), in the neighborhood of several old mosques, such as Al Zuhair Mosque, Two-Minarets Mosque, Uzair Agha Mosque.

Journalist Moushtaq Faleh visited the Church and prepared this report in Arabic.