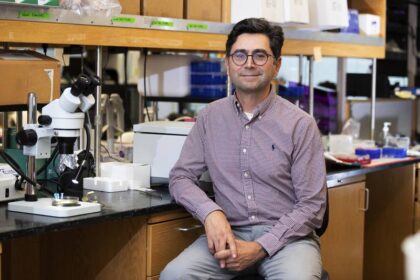 Patapoutian was born to an Armenian family in Beirut, Lebanon. He attended the American University of Beirut (AUB) for a year before emigrating to the United States in 1986, a few months after being captured and held by armed militants.

In 2021, he was awarded the Nobel Prize in Physiology or Medicine jointly with David Julius for their discoveries of receptors for temperature and touch.

Lebanese President Michel Aoun awarded Lebanon-born Ardem Patapoutian the national Order of Merit on Wednesday, in recognition of his scientific and medical achievements.

“This is the first Armenian Lebanese, or Lebanese of any type, resident of Lebanon to win a Nobel prize of any kind”, AUB President Fadlo Khuri said, adding “The message is that people can overcome the many obstacles that Ardem endured, including the closure of his beloved school, the immigration of much of the Armenian community from Lebanon during the war, and especially, being kidnapped after a happy and fulfilling first year at AUB”.