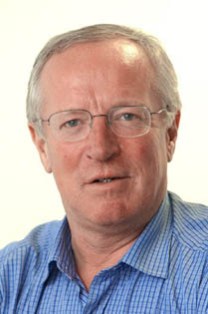 By Robert Fist
The Turks say the Armenians died in a 'civil war', and Bush goes along with their lies

How are the mighty fallen! President George Bush, the crusader king who would draw the sword against the forces of Darkness and Evil, he who said there was only “them or us”, who would carry on, he claimed, an eternal conflict against “world terror” on our behalf; he turns out, well, to be a wimp. A clutch of Turkish generals and a multimillion-dollar public relations campaign on behalf of Turkish Holocaust deniers have transformed the lion into a lamb. No, not even a lamb ? for this animal is, by its nature, a symbol of innocence ? but into a household mouse, a little diminutive creature which, seen from afar, can even be confused with a rat. Am I going too far? I think not.

The “story so far” is familiar enough. In 1915, the Ottoman Turkish authorities carried out the systematic genocide of one and a half million Christian Armenians. There are photographs, diplomatic reports, original Ottoman documentation, the process of an entire post-First World War Ottoman trial, Winston Churchill and Lloyd George and a massive report by the British Foreign Office in 1915 and 1916 to prove that it is all true. Even movie film is now emerging ? real archive footage taken by Western military cameramen in the First World War ? to show that the first Holocaust of the 20th century, perpetrated in front of German officers who would later perfect its methods in their extermination of six million Jews, was as real as its pitifully few Armenian survivors still claim.

But the Turks won't let us say this. They have blackmailed the Western powers ? including our own British Government, and now even the US ? to kowtow to their shameless denials. These (and I weary that we must repeat them, because every news agency and government does just that through fear of Ankara's fury) include the canard that the Armenians died in a “civil war”, that they were anyway collaborating with Turkey's Russian enemies, that fewer Armenians were killed than have been claimed, that as many Turkish Muslims were murdered as Armenians.

And now President Bush and the United States Congress have gone along with these lies. There was, briefly, a historic moment for Bush to walk tall after the US House Foreign Relations Committee voted last month to condemn the mass slaughter of Armenians as an act of genocide. Ancient Armenian-American survivors gathered at a House panel to listen to the debate. But as soon as Turkey's fossilised generals started to threaten Bush, I knew he would give in.

Listen, first, to General Yasar Buyukanit, chief of the Turkish armed forces, in an interview with the newspaper Milliyet. The passage of the House resolution, he whinged, was “sad and sorrowful” in view of the “strong links” Turkey maintained with its Nato partners. And if this resolution was passed by the full House of Representatives, then “our military relations with the US would never be as they were in the past… The US, in that respect, has shot itself in the foot”.

Now listen to Mr Bush as he snaps to attention before the Turkish general staff. “We all deeply regret the tragic suffering (sic) of the Armenian people… But this resolution is not the right response to these historic mass killings. Its passage would do great harm to our relations with a key ally in Nato and in the global war on terror.” I loved the last bit about the “global war on terror”. Nobody ? save for the Jews of Europe ? has suffered “terror” more than the benighted Armenians of Turkey in 1915. But that Nato should matter more than the integrity of history ? that Nato might one day prove to be so important that the Bushes of this world may have to equivocate over the Jewish Holocaust to placate a militarily resurgent Germany ? beggars belief.

Among those men who should hold their heads in shame are those who claim they are winning the war in Iraq. They include the increasingly disoriented General David Petraeus, US commander in Iraq, and the increasingly delusional US ambassador to Baghdad, Ryan Crocker, both of whom warned that full passage of the Armenian genocide bill would “harm the war effort in Iraq”. And make no mistake, there are big bucks behind this disgusting piece of Holocaust denial.

Former Representative Robert L Livingston, a Louisiana Republican, has already picked up $12m from the Turks for his company, the Livingston Group, for two previously successful attempts to pervert the cause of moral justice and smother genocide congressional resolutions. He personally escorted Turkish officials to Capitol Hill to threaten US congressmen. They got the point. If the resolution went ahead, Turkey would bar US access to the Incirlik airbase through which passed much of the 70 per cent of American air supplies to Iraq which transit Turkey.

In the real world, this is called blackmail ? which was why Bush was bound to cave in. Defence Secretary Robert Gates was even more pusillanimous ? although he obviously cared nothing for the details of history. Petraeus and Crocker, he said, “believe clearly that access to the airfields and to the roads and so on in Turkey would be very much put at risk if this resolution passes…”.

How terrible an irony did Gates utter. For it is these very “roads and so on” down which walked the hundreds of thousands of Armenians on their 1915 death marches. Many were forced aboard cattle trains which took them to their deaths. One of the railway lines on which they travelled ran due east of Adana ? a great collection point for the doomed Christians of western Armenia ? and the first station on the line was called Incirlik, the very same Incirlik which now houses the huge airbase that Mr Bush is so frightened of losing.

Had the genocide that Bush refuses to acknowledge not taken place ? as the Turks claim ? the Americans would be asking the Armenians for permission to use Incirlik. There is still alive ? in Sussex if anyone cares to see her ? an ageing Armenian survivor from that region who recalls the Ottoman Turkish gendarmes setting fire to a pile of living Armenian babies on the road close to Adana. These are the same “roads and so on” that so concern the gutless Mr Gates.

But fear not. If Turkey has frightened the boots off Bush, he's still ready to rattle the cage of the all-powerful Persians. People should be interested in preventing Iran from acquiring the knowledge to make nuclear weapons if they're “interested in preventing World War Three”, Bush has warned us. What piffle. Bush can't even summon up the courage to tell the truth about World War One.

Who would have thought that the leader of the Western world ? he who would protect us against “world terror” ? would turn out to be the David Irving of the White House?