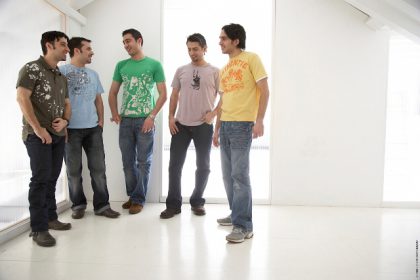 Five from Baghdad are tipped to be the 'new Westlife' after talent scout hears their CD
AN IRAQI boy band whose members rehearse in an ageing Volkswagen Passat is being groomed for British chart success after their debut album impressed music industry executives.

The five pop singers from Baghdad who make up the band Unknown to No One have been tipped as the “new Westlife” by Peter Whitehead, a leading talent scout who has helped more than 35 acts, including Radiohead, the Stereophonics and Supergrass, to fame and fortune.

So far, there have been no adoring fans, wild parties or paparazzi lurking outside their homes for the five, Art Haroutunian, Shant Zawar, Nadeem Hamid, Hassan Ali and Diyar Diler. Their debut CD, written by the members of the band and released last year, sold fewer than 1,000 copies.

That, however, could be about to change. The group – which sings in English – is now in talks with a major record label.

“It would be all our dreams come true,” said Nadeem Hamid, 21, a chemistry student who studied in Stockport in the late 1990s.

Four months ago the group's manager, Alan Enwia, sent a copy of the album, From Now On, to Mr Whitehead, who has been a scout for 15 years and receives hundreds of CDs every month from around the world. It had to go via Jordan and only arrived last month.

“When I opened the packet, I smiled,” Mr Whitehead told The Sunday Telegraph. “I put it on to play and I thought it was going to be absolutely horrendous. I would have bet thousands of pounds on it being so, but I was stunned. If Pete Waterman or Simon Fuller got hold of this I'm sure they could make an absolutely blinding record that could do incredibly well around the world.

“The album is much better than it has any right to be, given the enormous disadvantage of being in Iraq. If they are that good with no outside help, think of what they could do with some tutoring and our technology.”

The band, which formed in 1999, is the brainchild of Art Haroutunian, 25, a businessman, and Shant Zawar, 24, who is a goldsmith. Childhood friends and fans of British pop music, they advertised for other members on Voice of Youth FM, a Baghdad radio station run by Saddam Hussein's eldest son Uday, that plays Western hits.

Mr Enwia, who has a CD shop in Baghdad, put up the money to record the CD, buy stage outfits and produce promotional posters. His investment looks to have been shrewd: he has been asked to send a copy of the band's single, Hay Girl, to Universal Records, whose labels include Motown and Polydor.

Given the fears that an American-led invasion could ignite a bloody civil war in Iraq, Unknown To No One is an impressively harmonious ethnic mix. Art Haroutunian and Shant Zawar are Armenian Christians; Nadeem Hamid and Hassan Ali, a 21-year-old biology student, are Arab Muslims, while Diyar Diler, also 21 and an English student, is a Kurd.

When they are not rehearsing, the singers – who all speak good English – meet in Baghdad's popular coffee shops and video game arcades. They are opposed to war, but prefer not to discuss politics.

They have, however, faced an apparently universal problem for aspiring pop stars: disapproving parents. Like all young Iraqis, the band members live at home and struggle to find somewhere to rehearse.

“They think we're wasting our time and money,” said Art, “but we're not going to stop.”

“A few thousand dollars would go a long way here,” said Art Haroutunian. Shant Zawar agreed. “We would just like someone out there to give us the chance to show what we can do.”

UPDATE: We have covered the activities of “Unknown to No One” since 2003. We are informed that they are preparing to release their first album in 2007. Four of the above mentioned members continue with the band and a new replacement is there for the fifth member.

You can learn more about them in their newly launched website:
http://www.utn1.com/ (story, song samples, photo downloads, media coverage, etc.)
Read our coverage in different occasions:
Iraqi pop band
Unknown to No One 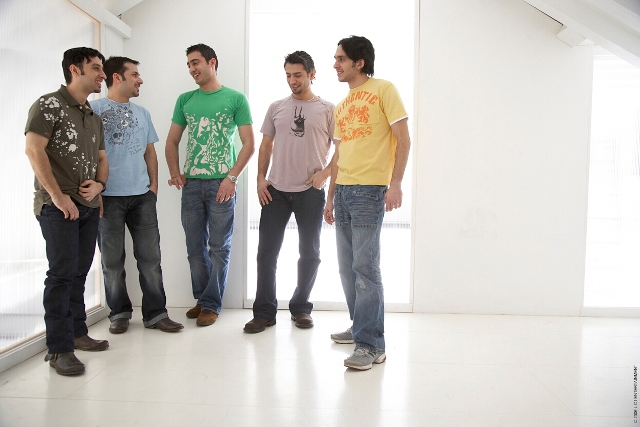