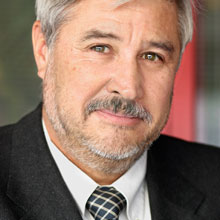 The Swedish Parliament recognized the Armenian Gencodie on 11 March 2010. Although the Swedish Foreign Affairs Committee did not endorse the original demand for the recognition of the Genocide and the Government of Sweden was not pleased with the outcome, still the vote of the Parliament expressed the view of the majority of the people in that country. The truth is known to everyone, but political considerations may delay the universal recognition of the Genocide.

You can express your appreciation by writting to the Ambassador of Sweden in the UAE, HE Bruno S Beijer (see photo)

You can use one of the following methods for communication:

Do not forget to address your message to HE Bruno S. Beijer, Ambassador of Sweden.

You can use some of the ideas mentioned in the below letter, which was originally addressed to the Speaker of the Swedish Paliament on behalf of the Union of Armenian Associations in Sweden.

To: Speaker of the Riksdag, Per Westerberg

On behalf of our members, the Union of Armenian Associations in Sweden would hereby express our appreciation for the Riksdag?s recognition of the 1915 genocide against Armenians, Assyrians/Syrians/Chaldeans, and Pontic Greeks. However, this issue is far from being limited to these ethnic groups, but concerns the entire humanity. Thus, it must be recognized openly in order to aid the future generations to take preventive measures against it.

Many years of silence have passed before the affected ethnic groups have received a dignified recognition for their sufferings. The scholarship has finally gathered enough information which proves the reality of the genocide, which also lays as the basis for the recognition by some twenty countries, to which the Swedish Riksdag now has joined. Let others follow Your example.

The history is not negotiable and it is a matter of course that the Riksdag has chosen to base its decision on the conviction regarding the existing scholarly research. This was hardly the first time the issue of recognition has been put on the Riksdag?s agenda. It has taken more than ten years for the discussion to mature enough so that the Members of the Parliament can feel convinced of the information in order to confirm it. This is a sign of the fact that they have chosen to rely on the accumulated research rather than writing their own version of the history.