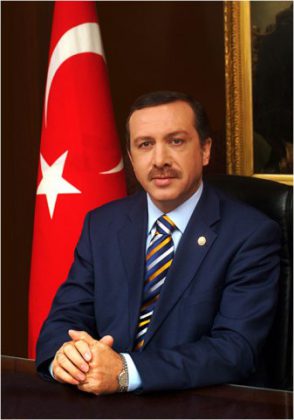 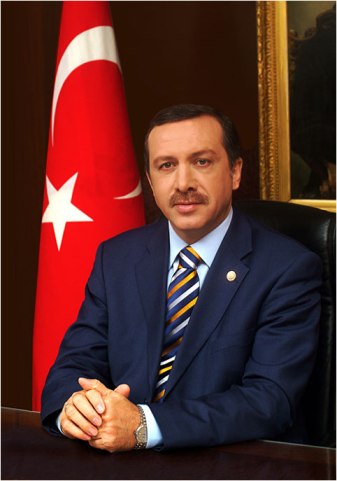 A noted French author said truly that, ?We are all products of our childhoods?. In order to correctly understand any politician, or even any man, it is necessary to understand where he or she comes from. This is even more important after Erdoğan stated, ?My ancestors have never committed genocide!?.

Let us first turn to Erdoğan?s forebears. Recep Tayyip Erdoğan has Kartvelian(1) ancestry,  more specifically, his ancestors were ethnic Laz. He declared this himself on the 12th of August, 2004, during a visit to Batumi (2).  The grandfather of the current Prime Minister of Turkey was likewise called Recep; he lived in Bagat, near Batumi, up to 1878, and his father, in turn, was a local imam for many years. After the war of 1877-78, when Batumi became part of the Russian Empire, this Recep emigrated to the city of Rize (3),  where he was known as ?Bagatlı Recep?. He died during the First World War, in 1916, while fighting against Russian forces advancing towards Rize (4).

Although Recep Tayyip was born in Istanbul (on the 26th of February, 1954), he did, in fact, spend most of his childhood ? up to the age of thirteen ? in Rize, the city of his ancestors. His father, Ahmed, worked in the coast guard, while his mother, Tenzile, was a homemaker, raising five children. In 1967, the Erdoğan family moved to Istanbul once again, where Recep graduated from a religious school ? İmam Hatip Lisesi ? in 1973. Even while at school, at the age of sixteen, he began to deliver sermons. Perhaps Recep Tayyip would have turned out to be an imam like his great-grandfather, if religion did not gradually take up a greater role in Turkish politics.

Recep Erdoğan?s wife, Emine Erdoğan, is from the city of Siirt (Sgherd in Armenian), ethnically Arab. They have four children.

And now, let us turn to the ancestors? participation in the Armenian Genocide.

Nobody is personally accusing the forbears of Erdoğan for carrying out the Armenian Genocide. Moreover, nobody is accusing the present generation of the Turkish people for the Armenian Genocide either. Nevertheless, although current Turks are not guilty of their ancestors? crimes, they are yet responsible for them, just as today?s Germans, while free of blame with regards to the crimes of the Nazis, bear their responsibility and continue up to the present to silently and patiently carry that heavy burden. And that responsibility is manifested not only by the outright condemnation of the criminal act itself, but also by the hundreds of billions in aid that have been granted and that continue to be granted to Israel.

The current Republic of Turkey is not only the direct legal continuity of the Ottoman Empire, but it continues to also maintain an umbilical cord of political and ideological connections with those in power in the empire?s last days, the Young Turks. It is a plain fact that all the founders of the Republic of Turkey ? including Mustafa Kemal ? were members of the Ittihad ve Terraki party (?Union and Progress?) which had orchestrated the Armenian Genocide. For that reason, many specialists include the Young Turks in their chronologies of the early years of the republic, from 1908-1950 (as ?The Young Turk era in Turkish history?)(5).

Accordingly, even if Erdoğan?s forebears were, say, not directly involved in the Armenian Genocide, indubitably however, Erdoğan?s political forebears most certainly perpetrated the first genocide of the twentieth century.

And so, as long as the Turkish people do not condemn the Armenian Genocide and continue to enjoy the fruits of this crime, they are at the very least accomplice to the first genocide of the twentieth century. Ultimately, criminals are not merely the ones who carry out the crime, but also those on the side of the crime, and those who acquire its spoils.

NOTES:
1- The Kartvelians consist of four related groups: the Svans, Georgians, Mingrelians and Laz [Silvia Kutscher, Lazuri Nena ? The Language of the Laz, University of Cologne].
2- RFE/RL. 23 July, 2007.
3- Another Prime Minister of Turkey has roots in Rize; the ancestors of Ahmet Mesut Yılmaz, however, are considered to be Hamshen Armenians.
4- The city of Rize was occupied by the Russians on the 7th of March, 1916 [The Russian Campaign of 1915-16 in Armenia, The Times History of the War, v. X, London, 1917, p. 260].
5- Erik J. Zurcher, Turkey: A Modern History, London-New York, 1998.