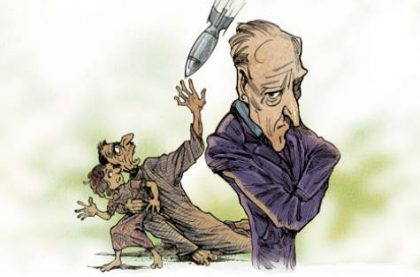 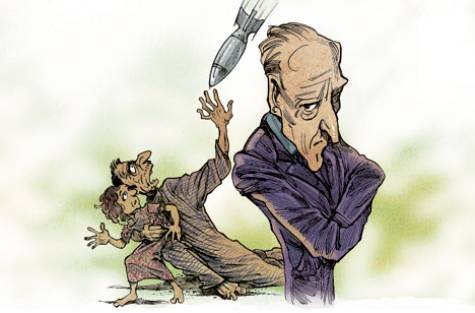 How many must die in Syria, Libya and Yemen before world powers realise realpolitik must not triumph over ethical values?

By Joseph A. Kechichian*
Special to Gulf News

Admittedly, and without exception, the world's leading powers were caught by surprise when ordinary Arabs rose against ossified regimes. Few anticipated or wished to see the Tunisian, Egyptian, and Yemeni leaders vacate their posts and even fewer contemplate similar fates that await the Libyan and Syrian leaderships.

For some, there is still time for the Libyan and Syrian presidents to triumph over insurgents, while others count the days when both systems will collapse. Although Tripoli and Damascus should not be viewed in isolation, as vulnerabilities exist elsewhere in the rapidly changing Middle East, one wonders why Washington, London, Paris, Moscow and Beijing refuse to side with the Arab masses.

To be sure, part of the diplomatic answer must fall under the idiom ?better the devil you know than the devil you don't', even if this is in very poor taste and nearly the product of infantilism. Over the long term, such attitudes are worrisome, because millions are now developing specific mindsets.

How Arabs will judge, yes judge, western societies who ogle wealthy contracts without buttressing democratisation and freedom will surely colour the lenses through which many perceive interlocutors. Egyptians, for example, were literally bewildered and will long remember that senior American officials fell into delay tactics last February and March when president Hosni Mubarak was barely able to withstand popular pressure to leave. Millions still shake their heads in what must be politely termed as confusion.

Many more remember the July 13, 2008, Paris Summit called by French President Nicolas Sarzoky to launch the Union for the Mediterranean that, a day later (July 14, 2008), honoured 43 heads of state and government gathered to observe France's annual military parade on the Champs-Elys?es.

Even if Stefan Simons labelled the gathering “Sarkozy's New Club Med” in Der Spiegel, it was hilarious to see Syrian President Bashar Al Assad receive red carpet treatment, barely a few years after the October 23, 1983 bombing of French barracks in Beirut that killed 58 servicemen.
Mercifully, the kings of Morocco and Jordan, as well as the Libyan leader were not in attendance but the Al Assad invitation, ostensibly made to open a new diplomatic chapter between France and Syria, highlighted French amateurism.

Although few western politicians foresaw the brewing uprisings in the Arab world, scholars, including several French academics, were not optimistic. That is why the current silence on developments in Syria is so deafening. Except for the mildly courageous Turkish position, no major country managed to find the gallantry to voice its opposition to murder and mayhem, with most shyly calling on Damascus to act “before it is too late”.

Even Russia and China, alleged paragons of mundane populations, distinguished themselves with diplomatic mendacity.

When heavily armed troops enter cities like Hama or Homs, where thousands of residents defiantly oppose their government's crackdown, little more than peeps are heard from the morally challenged. Random killings seem to be conveniently overlooked for political reasons that, and this must be said as clearly as possible, reveal serious mental deficiencies.

Interestingly, little or no commentaries were offered after a recent video from Hama, which was posted on YouTube, which showed a crowd fleeing from uniformed gunmen firing from a short distance. When a lone protester picked up a rock and hurled it at the emptiness, one could clearly see how the demonstrator's life was instantly snuffed out.

Of course, the greater calamity was the global gag, which illustrated the bankruptcy of every argument one could make. Was this a victory against terrorism, Obama, Medvedev, Jintao, Sarkozy, and Cameron?

How many must fall in Syria, Libya, Yemen and elsewhere before one can hear an unambiguous statement that human life, every human life, is precious and must be preserved at all costs? When will we understand that realpolitik cannot, and must not, triumph over ethical values? Why should ordinary people everywhere accept the conduct of power politics to serve material factors rather than moral standards?

While it may be too soon to reach final conclusions as to who lost and who won in the ongoing Arab uprisings, an honest even if largely preliminary assessment cannot but identify the major world powers are the greatest losers.

Israel, along with surviving Arab autocrats, ought to also be added to this list, for few Arabs will henceforth accept being ignored or mistreated by wily deal-makers.

Bloody crackdowns will, of course, kill many more since armoured personnel carriers, tanks, helicopter gunships and other instruments of war can inflict serious damage on unarmed civilians. In the Syrian case, one wonders why some of these tools were not used to liberate the occupied Golan since 1967, or whether a model battalion will one day join the Champs-Elys?es parade if realpolitik requires it.

It thus behooves decision-makers to look into their crystal balls and see how fast the world is changing, for awakened Arab populations will never again be subjugated to the whims of autocratic rulers who, regrettably, have no compunction to mow them down.

Indeed, because ordinary Arab citizens have very long memories and will remember friends and foes alike, one ought to applaud their courage to stand up against tyranny. It's time to stop hiding behind fancy parades or declare clever absurdities.

*Dr Joseph A. Kechichian is a commentator and author of several books on Gulf affairs.