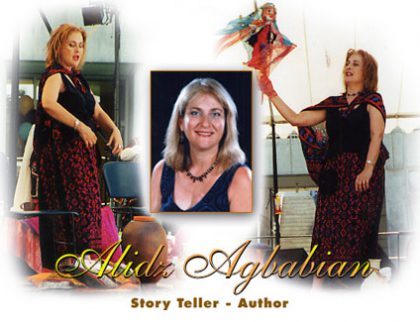 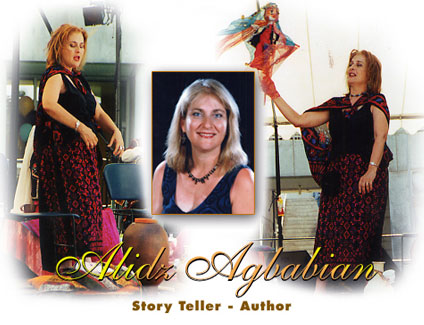 I was born in the historic city of Aleppo in northern Syria and grew up in Beirut, Lebanon. For many centuries Arabs, Armenians, Assyrians, Jews, Kurds and other nationalities have lived in these cities as neighbors, business partners, friends and relatives. The sounds, smells, colors of the souks of Aleppo as well as the voices of the street peddlers echoing through the narrow cobblestone streets of the old city are still alive in me today. Lebanon-the land of the ancient Phoenicians, an international crossroad, where east meets west on the shores of the blue Mediterranean-has been my patrimony as a diasporan Armenian.

My grandparents had settled in those parts of the Middle East after the Armenian Genocide, and the deportations of the Armenian people from their ancestral homeland during and after the First World War.

My family members were musicians and art lovers. The walls of our home vibrated with the sounds of the flute, saxophone, piano, violin, song; merrymaking and laughter was omnipresent in the family.

I started telling stories and publishing children's books after my own children were born. My vision was to help them discover their human potential with tools from their own cultural heritage. I had by then immigrated to the USA. Here, the American storytelling movement became a model for me and helped me revive in my community the storytelling traditions of my own people, whose known history goes back 3,000 years.

I started researching, remembering, building a cultural premise for my presentations. Selecting stories from the Armenian oral tradition became a passion. My selections included Armenian folk and fairy tales, myths, legends, folk games, folk dances, folk songs, holiday traditions, riddles, blessings, prayers, and the epic poem of David of Sassoun. Gradually, family stories started intertwining into my narrative: my mother's stories about her family and parents; my paternal grandmother-Yevnige's stories about her family during the Genocide; my paternal grandfather-Avedis' folk tales and fables; my aunt Gulen's many biblical stories.

Other childhood memories and experiences gradually came back to life and nestled into my presentations: Fairy tales told by my cousins' nanny, Hripsime, on the roofs of Aleppo during balmy summer nights; folk songs of my father's musician friends from Russia, Greece, Hungary, Armenia, Poland, Italy and France; stories by villagers told during summers spent in the Armenian village of Kessab in the mountains overlooking the Mediterranean sea; stories of taxi drivers and all and every person in Armenia-naturally magnificent storytellers; voices and whispers of neighbors, friends, the sound of cicadas chirping on the coastal umbrella pines of the Levant; all these sounds still resonate in my childhood ears and spirit.

I had embarked on a journey of unrelenting discovery…