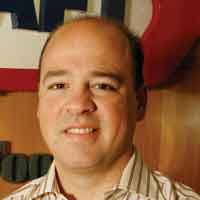 Managing Director of “Kraft Foods” in the GCC

Kraft to invest US $40m in its first regional plant

Kraft is due to start construction of the 60,000 square metre plant in September 2006 and completion is expected in October 2007, Patrick Satamian, managing director of Kraft Foods in the GCC confirmed to Retail News Middle East.

The new factory will employ some 250 people and will produce cheese and powdered beverages for markets across the Middle East. The development, which is the first direct investment by Kraft Foods in the region, has already gained approval of the Bahrain Ministry of Industry and Commerce. It will also be one of the largest food and beverage manufacturing plants owned by a multinational company in the GCC.

Read the rest of the article at the following Link.