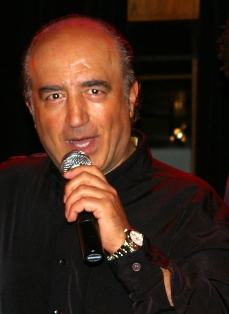 At an early age, he went to France to continue his studies at the university of Montpelier in the Medicine program where he transferred to physiotherapy and worked in that field for many years. Meanwhile, Serge discovers his passion in music, so he studies tonic solfa, chant and theatre in dramatic arts at the University of Montpellier in France.

In 1980, he arrived to Quebec to continue his studies in music: chant and interpretation, theatre, tonic solfa, text and music composition at Lasalle conservatory, Rosemont College and at the University of Montreal. He studied with Clairette, Robert Léger, Roger Ferber and Catherine Pinard. He plays two musical instruments: Piano and Guitar.

He continues to produce different concerts such as: “Chansons aux Couleurs d'Arménie”, songs typically Armenian and also in French.

During his concerts, Mr. Bédrossian presents many of his own composition, lyrics and music. Accompanied by his two musicians, he transports his auditors in a unique musical trip.

He participated in different artistic events: the Montreal 350th Anniversary, The Quebec Dollard Festival, etc., several musical comedies and he realised many apparitions on the television and in the Cinema.

His performances on stage, in his concerts and on television, as well as his passion for the singing has always contributed to turn his concerts to a real success for him and a delight for his spectators.