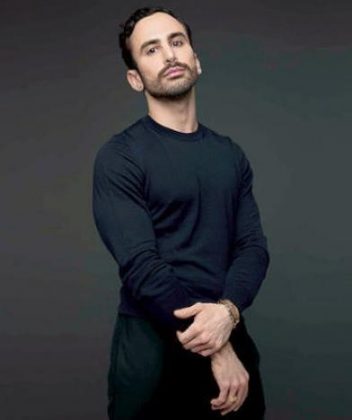 “Since childhood, the details draw my attention.   I have never holistically looked at things, rather   I always checked the details,” states Jabotian.

Despite his young age, he has recently won the “Fashion Trust Arabia” award. His designs have featured red carpet stars such as Nadine Labaki at the recent Cannes Film Festival and Queen Rania of Jordan on several occasions.

Jabotian has entered the fashion world with the support of Starch Foundation, founded by the designer Rabie Kerouz. The Foundation was one of the leading Lebanese establishments supporting the rising designers. Krikor admits that when he launched his first designs in the field of the ready-made garments, he was so attached to his work, that he did not want to sell any of them. Later people began to ask him for specific modifications, or individually tailored pieces, a drive that led him to the world of the Haute Couture.

Today, the young designer describes his journey as “natural and smooth, if these are the right words,” adding that “the biggest challenge I faced was an unfortunate business partnership that obliged me to ask for the help of my family for regaining the rights of my fashion house.”

Like many other young designers, Krikor describes his collaboration with the world-famed Lebanese designer Elie Saab as an essential stage in his career. He describes this experience as productive and useful. With Elie Saab, he started looking for the right materials and learned about specific techniques, such as how to use light in highlighting particular aesthetics. When he established his own fashion house, he was careful to act according to his interpretation and personal vision, drawing on his past experiences.

Jabotian loves classical Arabic music, specifically the voice of Umm Kulthum. He creates many of his designs inspired by her voice. “Sometimes, the design can start with a certain idea or image and ends up in a completely different way.”

As for the dualism of Lebanese and Armenian cultures and their influence on his work, he says: “I am Lebanese as I am Armenian, and both cultures have affected my work. I feel this in my love of embroidery and how it has developed over the years. Armenians are known for manual work and attention to the details, something which is evident in my designs,” he elaborates. 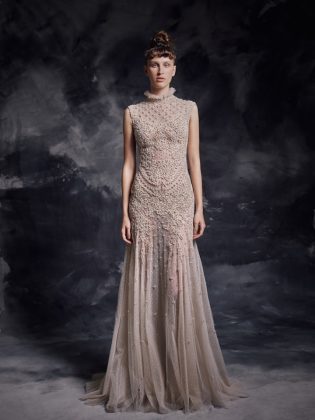 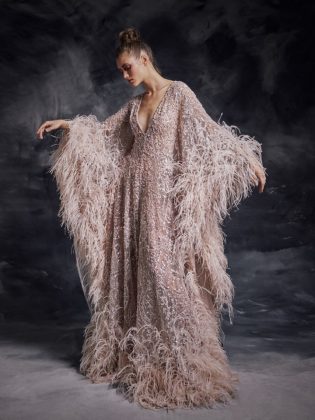