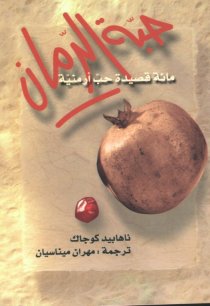 AZAD-HYE (Dubai): From the 9th century up to this date some 400 personalities of Armenian origin from Aleppo have contributed to the Arab culture. Within this group you can find poets, novelists, short story writers, philologists, journalists, correspondents, editors, publishers, translators, linguists, etc. Almost all aspects of literature are covered by them.

It is obvious that not all these figures have achieved the same quality of writing. Some have not risen beyond the level of being simple reporters, but others have been known in all the Arab World such as Rizqallah Hassoun.

A great number of them have kept their relationship with their original identity, but there are some who have adopted Arabic as their sole language of communication and expression.

Mihran Minassian is a Syrian Armenian scholar (born in Aleppo, 1959), has researched the history behind these writers and published an article in the 6th issue of “Keghart” Aleppo Armenian Yearbook (2000), under the title: “Armenian Writers in Arabic from Aleppo along the Centuries”.

See the Armenian text at the following link provided by the “Research Center on the Armenian Diaspora”, Paris (since 1976).

Click Read More for the Biography of Mihran Minassian

Translator (Armenian/Arabic) and scholar of Armenian subjects related to the Arab World.

His first translations from Armenian to Arabic (poems by Kevork Emin) appeared in the student magazine of Karen Jeppe Jemaran (“Dziler”).

Poems of Barouyr Sevag (“Let There Be Light ? And Other Poems”) and Nahabed Kouchak (“Pomegranate Seed ? And One Hundred Armenian Love Verses”) appeared in separate publications in Arabic language in 1995, 1999 respectively (published in Lattakia, Syria). The poems of Barouyr Sevag were previously published in the “Foreign Literatures” prestigious periodical publication of the Arab Writers' Union in Damascus.

During his active membership in the Publication Committee of “Hamazkayin” (Aleppo branch), Minassian supervised and edited the publishing of more than 30 books in Arabic language (history, literature, Armenian cause, memories, Genocide, etc.) and managed to send all these publications in a systematic way to prominent Syrian and Arab intellectuals and media establishments.
He has published articles in Cilicia's Catholicosate “Hasg”, Haigazian Armenological Review and in other reputable publications in Armenia and Diaspora.

He has managed to record and preserve many important testimonies from survivors of the Genocide. He has also saved popular songs, stories, traditions, etc. and is trying now to allocate funds to publish them. He has also a large collection of Armenian old books, silverware, photos, materials of historical values, etc.

He deeply believes that time has come to tell the Arab reader that the Armenians are not just successful craftsmen, but also they have rich cultural heritage.

Nowadays he is busy in researching old Armenian manuscripts in the Aleppo Prelacy. He earns his living as self-employed trader.