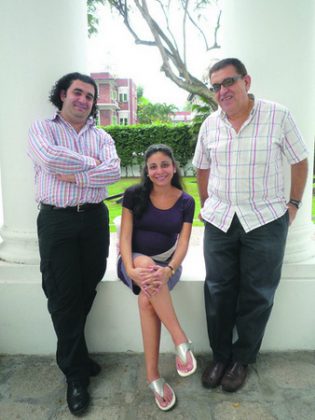 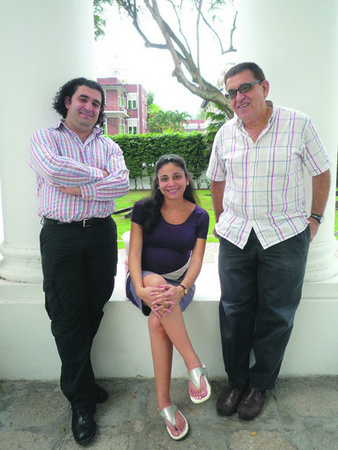 They did not plan to start a family halfway around the globe from home. But when the newly-weds from Armenia received an offer three years ago to come and teach music in Singapore, they accepted it.

“We didn't expect to like Singapore that much … but the people are very friendly and the country is super developed, so we decided to stay longer,” he said.

Mr Sargsyan and his wife, both 30, represent a growing group of Armenians who have been making their way to Singapore in recent years.

Their arrivals have not only boosted the size of the local Armenian community but also rejuvenated its culture.

Ms Umedyan is a member of the Armenian Heritage Ensemble, formed in 2009 to promote the history and culture of Armenia through the performing arts.

The ensemble, made up of Armenian musicians who have come to Singapore in recent years, holds regular concerts and events at the Armenian Church of St Gregory in Hill Street.

Ms Umedyan said: “Due to the concerts, a lot of foreigners are becoming interested in Armenian culture.”

A trustee of the church, Mr Greg Basmadjian, told MediaCorp that there are about 70 Armenians in Singapore today.

Giving an example of how the culture of the Armenian community has been diluted before the revival, he said most in the community celebrate Christmas on Dec 25 although the church also organises gatherings to observe the traditional Armenian Christmas on Jan 6.

“Tradition is bound to change for a small community … you have to accept that it's part of globalisation,” said the 59-year-old who came to work in Singapore in the '80s and married a Chinese-Singaporean.

Now, with a growing community, the Armenians here are starting to commemorate more occasions that are significant for their homeland. Last year, for example, they marked the anniversary of a World War I tragedy, known as the Armenian Genocide to the Armenians, with prayers.

With more members, the Armenian Church may be able to bring in a priest to conduct Sunday church services and also start a Sunday school, said Mr Basmadjian.

Ms Jessie Sarkies, the granddaughter of Mr Arathoon Martin Sarkies who was the cousin of the three Armenian Sarkies brothers who founded Raffles Hotel, told MediaCorp that she expects more Armenians to come to Singapore to work.

“Maybe they will get married here and have children, so the community will definitely grow,” said the 64-year-old.

On March 26, the Armenian Church will be celebrating the 175th anniversary of its consecration in 1836. The celebrations will include prayers and a cultural dinner at Raffles Hotel.

There is a huge Armenian diaspora because of the country's tumultuous history. About 16 Armenians arrived here not long after Stamford Raffles founded Singapore.

Newer PostHrant Tokhatyan: I love my profession and this keeps me happy in life
Older PostDiaspora leaders want their voices heard in Yerevan