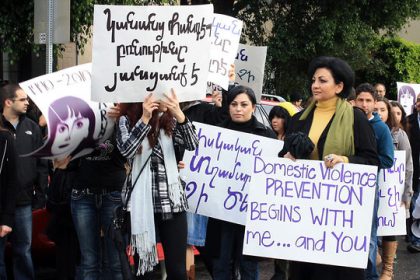 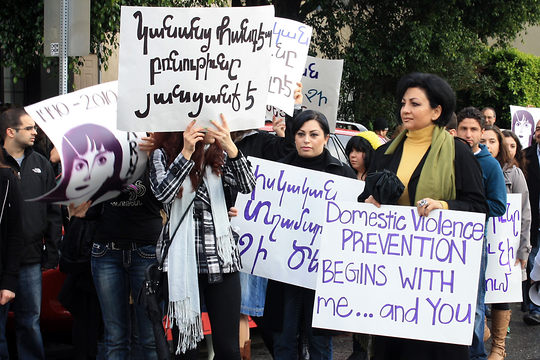 Armenian diaspora leaders in the United States are responding with cautious optimism to an initiative by Armenian President Serzh Sargsyan?s administration to create a second chamber of parliament, one that would give Armenians abroad more say in the shaping of public policy.

The idea of parliamentary representation for diaspora members was first floated January 30 in Los Angeles by Diaspora Affairs Minister Hranush Hakobian. President Sargsyan the next day tacitly endorsed the concept by refusing to distance himself from Hakobian?s comments. Since then, the topic has been hotly debated in Yerevan and in diaspora communities. Diaspora members would apparently be able to serve in the newly created Senate. Specifics of the plan remain to be worked out.

Viken Hovsepian, a member of the Armenian Revolutionary Federation (ARF) Bureau, an 11-member group that is the party's highest executive body, said he welcomed the idea. In theory, at least, the proposal could turn into a means of helping Armenia maximize its advantages as it continues to develop economically. Hovsepian resides in Los Angeles, while the ARF?s Bureau?s headquarters is in Yerevan.

“Armenia doesn't have much in natural resources, it has a modest economy at best, but it does have a powerful diaspora, which is a huge advantage for the future,? said Hovsepian ?So if authorities in Armenia have approached this not from an ideological point of view, but a very rational point of view, then there's no other way to envision a way of involving what constitutes two-thirds of the Armenian people.”

A second chamber could play a constructive role in coordinating policy initiatives among diaspora communities and Armenians of Armenia, Hovsepian added. At the same, if not handled properly, the idea could have damaging consequences, he added. “If this is just a proposal that's going to stay on paper, or is going to be a very compromised or a very superficial one, then it would help to increase skepticism that's already out there,” he said. ?If this is just something that [members of Sargsyan?s administration are] hoping to bring about so that they can superficially involve some diasporans, then it's not going to go very far and it's going to create a lot of disappointment.”

Regardless of whether the diaspora-representation trial balloon takes lasting flight, Armenians abroad, especially those in the United States, appear intent on exerting influence over policymaking in Yerevan. Such a desire was on display January 30, during a protest in Los Angeles to raise awareness about domestic violence in Armenia.

Several hundred diaspora Armenians participated in the protest, some carrying placards with the image of Zaruhi Petrosyan, a 20-year-old mother who was beaten to death by her husband in late 2010. Petrosyan?s case has become a cause c?l?bre for civil rights activists in Armenia.

The demonstration was organized United Human Rights Council (UHRC), a group operating under the auspices of the ARF?s youth wing, and a non-governmental organization umbrella group, The Coalition to Stop Violence against Women in Armenia. Their aim was to exert pressure on the Armenian government to enact domestic violence legislation.

Protest organizers, such as Nora Kayserian, a member of the ARF?s youth wing, say they will keep agitating for change with or without immediate results from the government. ?Just because we might not live in the homeland doesn't mean we can't fight the same fight,? Kayserian said. ?There's power in numbers, so the more people we can get, the better.?

UHRC member Vache Thomassian said the organization has mulled with the idea of a webfax program, in which members of the diaspora would be able to send messages directly to Armenian MPs. He insists, like others, that if diaspora voices aren't heard in Armenia, they will only grow louder. ?The placement of Armenians in a diaspora is an artificial construct and that doesn't negate my ability or my desire to care about Armenia's well-being,? he said.

A 2009 Amnesty International report on Armenia found that over a quarter of women were said to have been beaten by a family member and about two-thirds had experienced psychological abuse. Among the marchers in Los Angeles was Narine Jallatyan, a recent immigrant from Gyumri, who said that domestic violence in Armenia had almost become a norm, with women not only staying silent about abuse, but giving in to a lifetime of suffering. ?I think in order for real change to take place, women have to show that they are not asleep,? she said. ?If the government sees collective action, they will do something.?

Domestic violence appears to be an especially sensitive topic for Armenian-Americans. According to community advocates, abuse is ?alive and well? within the diaspora community in and around Los Angeles, home to the second largest population of Armenians outside of Armenia. Manya Lefian and Lena Bozoyan, anti-domestic violence advocates in the heavily Armenian populated city of Glendale, California, said victims began reaching out to them directly a few years ago. The biggest cultural hurdle Armenians face is that families are accustomed to resolving matters on their own, taking care not to not air out problems in public, said Bozoyan. With the help of several community organizations however, the activists have made some headway, including introducing domestic violence education into Glendale schools and receiving a grant to assist victims with shelter and counseling services.

*Liana Aghajanian is a freelance writer based in Los Angeles.

Newer PostArmenia's community, culture thriving in Singapore
Older PostSonia Tashjian and the world in your kitchen