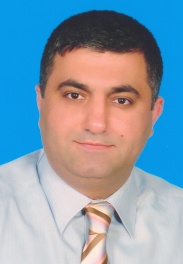 Azad-Hye: In an interview with Kuwaiti newspaper “Al Siyasa” (16 February 2007 / see PDF format file in Arabic below), a prominent International relations expert Boghos Mardirossian residing in Kuwat, has said “Russian-Iranian alliance is not that strong and it could be broken and weakened in front of serious test by western world.”

Mr. Mardirossian has analyzed in depth the strength of Iran-Russia relation. He stated “Russia and Iran have fought many wars in the past and only improved their relations after Islamic regime came to  power in 1979 having a common enemy the USA in their foreign policy agenda. After the collapse of the Soviet Union, Russia continued to retain good relations with Iran's Islamic regime”.

Mardirossian has explained Armenia's strategic importance in the Iran-Russia relations. “Armenia is the natural and most important bridge of Russia ? Iran alliance. Russia and Iran will not let anti-Russian-Iranian, pro-USA government come to power in Armenia during next year's presidential election. Armenia will pay big price, willing or not, if it takes Georgia's way of dealing with Russia. Already Russia has controlled Armenia's strategic energy sector in return to the payment of Armenia's loans to the ex-Soviet Union.”

Mardirossian also mentioned the world powers' common interests and conflicts in these two regions. He said “Oil politics in the two regions is booming and leading to political changes. The energy interests of the Western powers in these two regions are causing economic and political alerts for Russia and Iran. Russian energy interests can not be avoided in this context, because Russia has many cards to play here. Western countries are using the NATO for their petrol interests. We have witnessed the presence of NATO in Afghanistan and the South Caucasus. After the Istanbul Summit, NATO is approaching Gulf Arab states too. Georgia has thrown out Russia's military forces and has asked for better relations with NATO. Russia has been monitoring with great concern NATO's gradual expansion in its backyard. GCC's foreign policy has been influenced by these regional conflicts. GCC must take an action soon, before the domino-effect driven security problems emerge in the region.”

At the end of the interview political analyst Boghos Mardirossian referred to Azerbaijan's oil diplomacy techniques and strategy in International Relations. He admitted that “Azerbaijan's foreign policy has improved since ex-president Haidar Aliyev. Azerbaijan and Turkey are cooperating in forming a common diplomacy against Armenian's weak diplomacy. Turkey has old and very experienced foreign policy and the Azeri diplomacy is benefiting from this experience, especially in the Arab and Islamic world. Armenia is lacking the activity and tools of Azeri-Turkish anti Armenia diplomacy in the Islamic world especially in Gulf Arab states.”

According to Mardirossian, “Armenia's foreign diplomacy in the Gulf Arab states is not even defensive and it is far behind the Azeri-Turkish diplomacy level.”