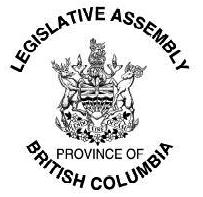 We received the following e-mail from the Parish Council of Saint Vartan Armenian Apostolic Church in , (BC), :

April 3rd, 2006 marks a very special day for Armenians in British , , and the world.

The B.C. Legislature today at noon pacific standard time, unanimously passed a motion to recognize the Armenian Genocide as a crime against humanity and designate April 24th as a day of remembrance for the 1.5 million Armenians who fell victim to the first genocide of the 20th century.

The text of Motion 59 is as follows:

Note: See the part related to the Armenian Genocide on page 3581 (page 14 in the following PDF file)

Following is the introduction by Adrian Dix (Member of the Legislative Assembly from Vancouver-Kingsway), in support of the motion:

I wanted to start this debate and thank members in the House on both sides for participating in the debate by reading the motion. It states: [Be it resolved that this House recognize the genocide of the Armenians?as a crime against humanity. Be it further resolved that this House urge the BC government to designate April 24th of every year hereafter throughout BC as a day of remembrance for the 1.5 million Armenians who fell victim to the first genocide of the 20th Century.]

Armenak Deragopian, who is with us today ? when I was doing some journalism work on this question ? talked about his memory, which is typical of so many. He described to me his family history.

He said: My father's family was massacred ? about 16 people. My father survived because he was working in at the time of World War I and was unable to return back to his home region. My mother managed to escape, but much of her family was massacred as well. Her father was orphaned. Her mother managed to escape to with her grandmother. Of the 300,000 people, Armenians, in my father's region, only an estimated 10,000 people survived.

That memory and the memory which I think is felt by, as I said, virtually every family ? every family that I've met in the Armenian Canadian community can tell a similar story ? speaks to the importance of this motion and speaks to the importance for all of us of historical memory, of acknowledging historical truth and fighting its denial every day and in every way we can.

On April 24, 1915 ? probably one of the most significant, certainly one of the most tragic, days of the 20th century, the century just past ? some 2,300 Armenian community leaders and intellectuals were rounded up and killed. That was the start of what would be known as the Armenian genocide, and the scope of the horror perpetrated at that time of the Ottoman empire is virtually impossible to comprehend ? 1.5 million people killed in eight years because of who they were.

State policies of deportation, torture, massacre and starvation ? systematic state policies. To quote Talaat Pasha, who was the interior minister of the state at the time ? and he sent this message out to a governor in ? said: “You have already been informed that the government?has decided to destroy completely all the indicated persons living in . Their existence must be terminated, however tragic the measures taken may be, and no regard must be paid to either age or sex, or to any scruples of conscience.”

Caves were used as primitive gas chambers. At places such as the Hill?of Margada, people who had been marched and were starving were tied together in lines and pushed off a hill into a river. One of them was shot in order to drag the rest down to their deaths.

Many of us know the stories of railway routes to and . Fewer of us, I think, know the route that Armenians often travelled, from Mush to and or from to Malatia and on to .

Madam Speaker, genocide is defined in international law as the organized killing of people for the express purpose of putting an end to their collective existence. Well, prior to World War I there were 2.5 million Armenians in what was the , and virtually the entire population was expunged.

It's the links between this genocide ? this awful event ? and other genocides of the 20th century that are well known and profound. Indeed, the person who campaigned to have genocide defined at the UN, Raphael Lemkin, a Polish Jew who escaped in 1941, in defining genocide spoke not just of what had happened to the Jews of Europe but of “the slaughter of Armenians in World War I.”

There is simply an avalanche of evidence about the Armenian genocide ? from eyewitness reports to comprehensive inquiries. Many of our newspapers, from our newspapers here in to across , spoke of it at the time. Yet there has been a fairly systematic effort over the years ? partly driven by successor governments to the and partly driven by the fact that history tends to reward those who win wars and not those who are the victims of wars ? to deny that this genocide ever happened.

That denial of genocide, as I think many people have said in reference to other genocides that have occurred, tends to reshape history and to kill people a second time, to demonize the dead and not those responsible. That's why it's important today and why it's important for this House today, I think, to raise this issue of the Armenian genocide and to remind people of its importance to our history ? first of all, to value the members of the Armenian Canadian community in our province and in our country and Armenians around the world. For families to have gone through such horror leaves not just an enormous legacy ? an incomprehensible legacy of pain and death ? but also a legacy of pain and death for generations to come, both psychological and personal, that must be validated.

And those who wish to deny its existence must be fought for that reason, and those who say that to raise these issues makes it harder for people to reconcile today fail to understand that the first place we need to go for reconciliation is the truth.

When the regime changed in , they created what was called the Truth and Reconciliation Commission on those grounds ? that only in knowing the truth can we find reconciliation. That's why countries around the world and provinces and jurisdictions such as and and have recognized the Armenian genocide. It is our responsibility, as well, to do so and to teach it as part of history and of our history in classrooms across .

It's not just that. There is, of course, a famous quote that's become almost clich? about history forgotten being doomed to repeat itself. But people will know and people ought to know that repeatedly in the 1920s and 1930s Adolf Hitler referred to the Armenian genocide. He said, famously, on the eve of invading to his generals: “Who remembers the destruction of the Armenians?” Who remembers indeed?

Finally, I think, we have a special reason ? because I want to give way to other people; there are many members who wish to have the opportunity to speak today, and I don't want to give a long speech ? this year to recognize the Armenian genocide in particular.

I want to talk about two people who lived in and who were part of our community. The first is Arpine Krikorian, who was an elegant and vibrant lady involved in many aspects of the Armenian community ? cultural events, relief society, helping out young students. Arpine never spoke of how she lost her entire family at a young age, eventually being sent from her Armenian village in to an orphanage in . She grew up without any family but was surrounded by a strong Armenian community there, almost all of them genocide survivors. In 1993, no longer able to care for herself, she went to a nursing home in , where she?lived out the final 12 years of her life. Towards the end she would relive the horrors of the genocide with chilling, vivid nightmares from her childhood that no one could protect her from.

Kerop Shabanian, another member of the Armenian Canadian community here in , was born in 1912 in the . He had a very difficult life, having lost many family members. During an interview in 2004 he said: “One day my brother and sister were taken, and I never saw them again. Then my mother and I were taken with others in a group and made to walk in the desert. Others had walked that trail before us, as I saw their skeletons there. There were only women and children with us.”?

Mr. Shabanian arrived in with his son and daughter-in-law, first living in before moving to . Though hard of hearing and having poor vision later in life, he would attend every April 24 genocide commemoration, sitting near the back of the hall so as not to draw attention to himself. Invariably, emotions would get the better of him, and he would stand up in his frail body and offer a few touching words to the assembled crowd.

During this year's 91st commemoration, Kerop's seat will be empty.

Kerop and Arpine both passed away last year, and they are the last known survivors of the Armenian genocide who lived in . Their legacy, and one of the reasons it's so important to pass this motion today and support this motion today, is that with them gone, it's up to us now ? their families and the Armenian Canadian community, yes, but the entire community ? to acknowledge their suffering and this suffering. In order?to build a better future for all of us, we must recognize this and fight injustice. Surely the recognition of the Armenian genocide by this Legislature today will play a small role in helping respond to that injustice.