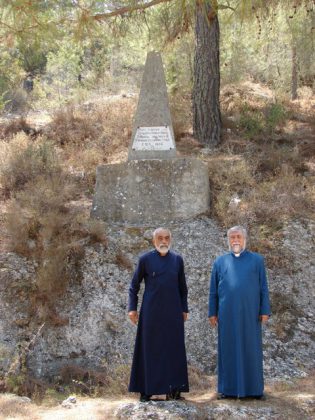 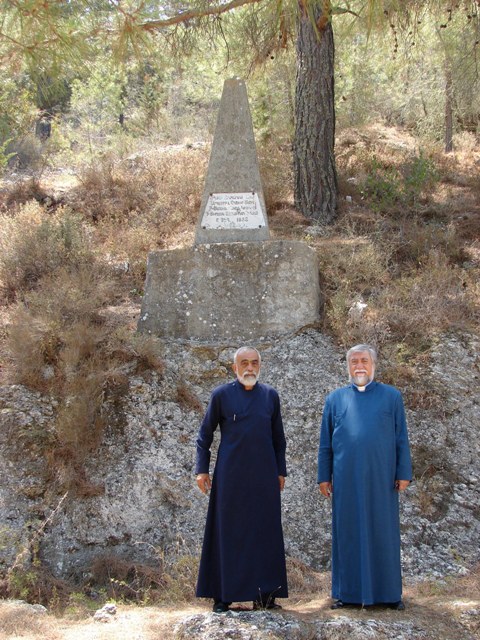 In the context of his official visit to Cyprus, His Holiness Aram I headed to the Turkish-occupied territories of Cyprus, to visit the old Armenian Prelacy, the Saint Asdvadzadzine church and the Monastery of St. Magar in the region. The Pontiff was accompanied by Archbishop Varoujan Hergelian, the Pontifical Vicar to Cyprus and community leaders.

In the Turkish part of Nicosia His Holiness first visited the building of the Prelacy and the Saint Asdvadzadine church, then the Melikian-Ouzounian School, where a monument dedicated to the memory of the Armenian Genocide victims has been destroyed. The once Armenian club has now been turned into a Turkish cultural club.

His Holiness and his companions then moved forward to the Monastery of St. Magar, which was in a state of almost total destruction. His Holiness toured all the sections of the historic Monastery. A monument erected on the occasion of the late Catholicos Sahag II Khabayian's visit to the region in 1938 still survives (see photo on the left side).

His Holiness Aram I spent about six hours in the occupied territories, examining the state of Armenian structures there.

Source: The website of the Catholicosate of Cilicia
www.armenianorthodoxchurch.org
22 July 2008

Catholicos Aram and Archbishop Hergelian in the ruins of the Monastery of St. Magar 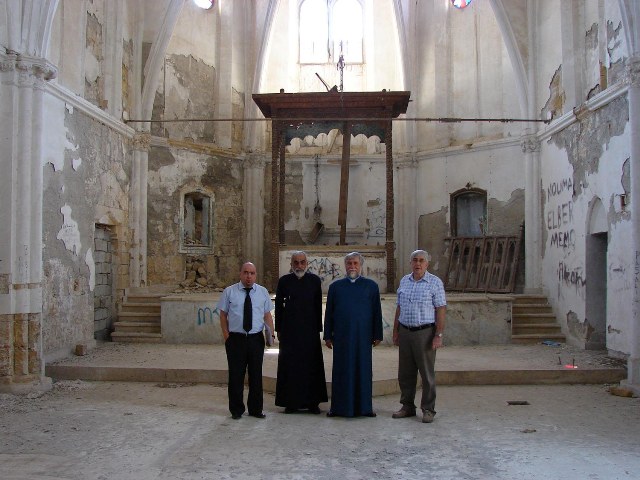