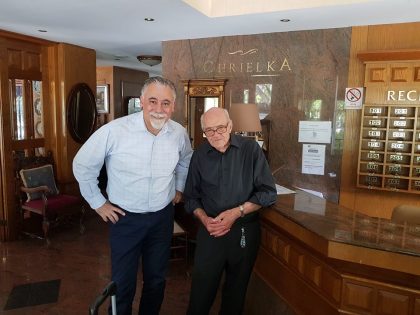 -I sat with him on two occasions and had a conversation.

He first started his music career in 1944 in Cyprus. According to him at that time there were two nightclubs (cabarets) in Cyprus, one called Maxim in Limassol and another one in Nicosia called Santa Clair. He was involved in both.

He remembers that the musicians were paid well at that time.

In 1946 he got a contract with a nightclub in Baghdad with 90 Iraqi dinars per month, including food and accommodation.”I was given the palace of the German Consul on the river. I stayed in the city more than one year. I played clarinet and sax alto and sang occasionally, while an Egyptian Armenian called Dik Mahdesian played the violin with me. After the independence of Syria, we both came to Damascus in 1947. We were invited to entertain a very high ranking clientele from Damascus who used to spend their time in the summer resort of Bloudan around 50 kilometres north-west of Damascus. At that time the hotels in Bloudan were the best in the whole Eastern Mediterranean,” he recalls. 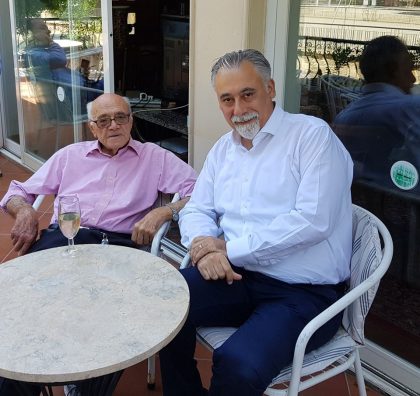 After the summer period in Bloudan, he moved with his friend to Damascus to work with “Abu Salim” who was the owner of two kinds of nightclubs, one with oriental Arabic and the other with European style.

“I remember a particular singer called Zakia Hamdan” who used to sing in the Arabic nightclub and used to come with a chauffeur-driven car and two bodyguards”.

Eventually, his friend Dik was caught having an affair with the daughter of a minister. Both musicians were brought in front of the head of the security service in Damascus called Muzaffar Bey, who ordered them to leave the country within 24 hours. 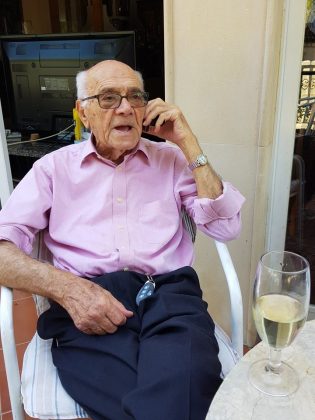 In the morning of the following day, they noticed heavy police presence around them, so they decided not to stay in Damascus. Instead, they headed to the Lebanese border, while two cars packed with security officers followed them at a short distance, making sure they will be leaving the country.

By the way, Zakia Hamdan (1925-1987) had a famous song in 1951 called “I see Salma” (or Suleima). The words of the song were written by Elias Nowfal who was inspired by certain writings that appeared on the street walls in Damascus left by a young man who committed suicide for his desperate love.