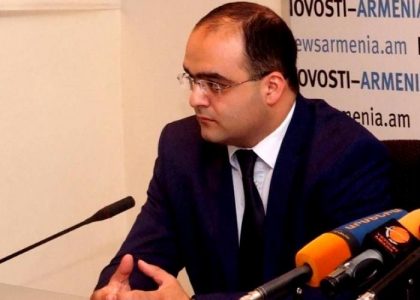 The solar energy in Armenia

The conversion of sunlight to electricity has been first invented in the 1980s. Today, leading countries of the world are involved in producing solar energy. The world’s most powerful solar power plant is located in India (Charanka Solar Park).

Vahe Davtyan, an expert on energy policies in Armenia and political activist informs us that the natural resources for generating solar power in Armenia are abundant. The country has significant advantages, including a favorable climate. Solar exposure during the hot season is very high in Armenia (85%), while the annual average is 60%. These are serious indicators for enabling full development in this domain. Unfortunately, at present, there are few organizations that are involved in this sector.

Davtyan underlines that the solar energy development should be viewed in the context of a wider energy security policy in Armenia. “I am not an optimist about the consumption level of the solar energy in Armenia. About 40% of electricity is produced by nuclear power, about 30% through thermal power plants and the remaining 30% through hydroelectric plants. Thus, the percentage of the renewable energy generated in Armenia hardly reaches 1% of the country’s total energy productions,” he says.

According to him, it is imperative for the government to radically revise its energy security system, to lower the risk for investment.

“Although the government has plans for gradual shifting to the use of renewable energy, the initial indicators are not encouraging”, says Davtyan, mentioning also that the energy production in Armenia for the first half of 2016 fell by 4.9%, while energy export capabilities have been further reduced.

On the consumer’s front, a recent market study has shown that the solar installation on top of buildings is not affordable by the residents of Armenia. For example, around 300-500 thousand drams (US$600-1000) are needed for installing a standard 250-300 liters solar water heater. As for investing in the installation of a solar power station, the expenses start from 1.5 million drams ($3100). The figures are way high from the limits of standards households in Armenia.

Newer PostIn the hotel where I was staying in Limassol, Cyprus, I had the chance to meet the owner Avgerinos Nikitas, a 91 years old Cypriot. Hrach Kalsahakian
Older PostAnna Dolabjian: I feel life coaching as a dream coming true