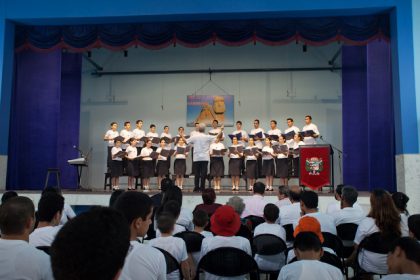 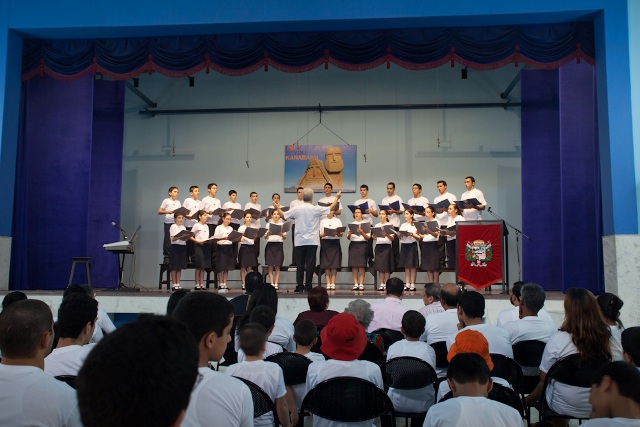 On 10th December 2011, the day of Independence Referendum of the Republic of Nagorno Karabakh, the Armenian Community of India and Armenian College and Philanthropic Academy, Kolkata celebrated the 20th Anniversary of Artaskh through a special programme entitled, ?I Love You Karabakh.?
The students of the college expressed their love for Artsakh through patriotic literary works in a programme held in the school auditorium.

The children recited ?Karabkh? and ?My Karabakh? written by Gurgen Gabrielyan. Thereafter ?Karabakhi Barbare?, ?Hayots Bardin? by Silva Kaputikyan and other poems dedicated to Artsakh were recited. The choir presented ?Aravot Lusaber? by Komitas, ?Getashen? by S. Sahakyan, ?Karabakhtsin? by A. Hekimyan, ?Yerkir Hayreni? by R. Amirkhanyan, ?Hayastan? by A. Smbatyan and other patriotic songs. The students also staged a beautiful victory dance to the music of ?Artsakh? by A. Gevorkyan.

The programme concluded with the blessings and benediction of Very Rev. Fr. Khoren Hovhannisyan, Pastor of Armenians in India and Manager of Armenian College and Philanthropic Academy. Father Khoren congratulated the students, teachers and the community members on the occasion and remarked that the independence of Artsakh is invaluable for the entire Armenian nation and in particular commented, ?The victory of Karabakh and the declaration of independence bear absolute importance and significance for the Armenians worldwide – the stereotype of a genocide victim was obliterated, the embedded image of a martyr Armenian disappeared and the victorious Armenian emerged as a beacon-light ushering in a new hope of United Armenia. It is still early to be carried away by the delight of the victory. The dark clouds over the homeland are still looming large. The military victory gained with blood must be strengthened by the war of industry ? in the war of economic development where every Armenian in the world is responsible??

After the programme, Church Committee of Holy Nazareth had organized a grand lunch for everyone present. 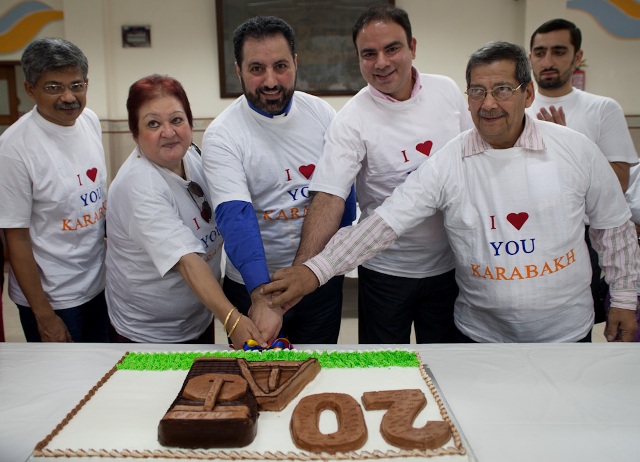