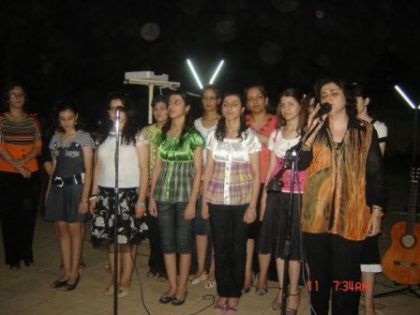 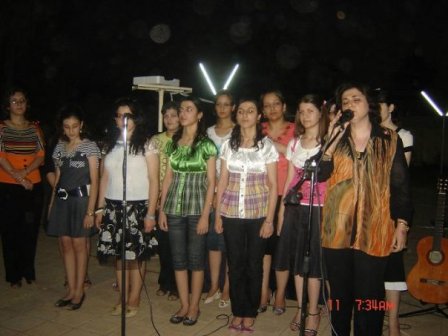 Archbishop Avak Asadourian, the Primate of the Armenian Diocese of Iraq,  paid a pastoral visit to the Armenian Church and Community in Basra from 22-25 July 2009, during which he was accompanied by Baruyr Hagopian and Ishkhan Amirkhanian, chairman and member of the Diocesan Council respectively.

On Wednesday, 22 July 2009 evening, His Eminence met with the Armenian youth of Basra and lectured on topics of interest to the youth, such as making the message of the Gospel relative and meaningful in their everyday life. Serpazan's lecture was followed by question and answer session.

On Thursday, 23 July 2009 morning, His Eminence and Diocesan Council members held an extensive meeting with the parish priest and council members, during which they discussed a host of issues facing the Armenian Community in Basra during these difficult times in Iraq.

It must be reported that security and everyday life in Basra is better compared to Baghdad and Mosul. There is a relative calm in this southern Iraqi city. The Armenian Community in Basra counts some 800 faithful.

In the afternoon Serpazan visited the sick and elderly of the Armenians of Basra. Later he visited the Armenian Youth Association of Basra where the Community was gathered. After group and solo performances with a repertoire of patriotic and popular songs by members of the cultural group (see upper-left photo), Serpazan addressed the Armenian public and encouraged them to adhere to their faith and remain devoted sons and daughters of their Mother Church, keeping firm the Armenian language and culture.

After an absence of four years, cultural life resumed in this center with a new committee comprised of youth who are working hard in maintaining and upholding our national heritage.

On Friday, 24 July 2009, His Eminence celebrated Divine Liturgy and delivered the Sermon. Clergymen from sister churches attended the Holy Mass (Badarak). Most of those attending Church services received Holy Communion.

On Saturday, 25 July 2009 morning, His Eminence together with the accompanying delegation returned back to Baghdad.

Source: Communique issued by the Divan of the Diocese and posted on “Iraqi Armenians on Facebook” by Ara Ashjian