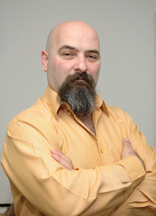 Stepan Partamian, the controversial talk show host in California, community activist, entrepreneur and President of the Armenian Arts Fund made reference in an interview published three years ago*, to an ambitious project about documenting the Armenian influence in the United States of America.

In front of a wall map with dozens of red pins indicating Armenian presence across the US, Partamian added: “I found out there is a mountain in Pennsylvania called Mount Armenia,? he says. ?There is a street called Armenia in Tampa, Fla. ? There is a city in South Carolina called Armenia.”

After doing and extensive research and preparing the time schedule, Partamian started on 01 August 2009 traveling to all 50 US states, to document Armenian institutions, organizations, churches and other establishments.

The material-gathering phase of the project will be completed by October 2009. The best photographs of the collection will be chosen for publication. The resulting volume, entitled “The Armenian in America“, will be published in early April 2010 in a hard-cover, museum-quality volume.

The Armenian-American community is more than 125 years old, with a rich, evolving history that often begins with the quest for a better life and culminates in great achievements in art, science, commerce, sports, and other fields.

The Armenian culture in America has further diversified since the 1970s, when thousands of compatriots immigrated from Armenia, the Middle East, and elsewhere. New communities sprung up and older ones expanded in a multitude of cosmopolitan areas, but Armenians also settled and worked in towns, cities, and regions that remain off the beaten path.

The project is part of Partamian's activities under the umbrella of the Armenian Arts Fund. He believes that the astonishingly rich mosaic of Armenian life in America deserves to be fully documented, for the enjoyment and appreciation of Armenians and non-Armenians alike.

The Armenian in America