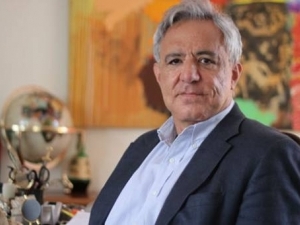 Former Minister of Foreign Affairs of Armenia Vartan Oskanian (1998-2008) who was elected recently as member of the Armenia's National Assembly was summoned for questioning by the National Security Service (NSS) for a US$ 2 million donation that Civilitas Foundation received.

The Foundation was established in 2008 when the Oskanian was left out from the newly formed Government after the Presidential elections that brought Serzh Sargsyan into power.

Oskanian resigned from the Civilitas Board in February 2012 as a calculated move to join the “Prosperous Armenia” party, a move that surprised many analysts. “As Chairman of the Board of the Civilitas Foundation, I had, on various occasions, expressed my views on events and developments in Armenia.  Today, I believe it is time to become more actively involved in our political processes”, Oskanian has said explaining his move.

The investigation was initiated on 25 May 2012. It is suspected that the probe is politically motivated and comes as retaliation for Oskanian's party's refusal to join the governing Republican Party in a coalition that can secure the re-election of President Sargsyan next February for a new Presidential term. “I find it strange and surprising that the activity of my Civilitas can in any way be linked to black money. It?s even more surprising that such an issue is being raised at a time when I have entered into politics”, Oskanian said in a statement.

Prosperous Armenia Party's leader Gagik Tsarukyan expressed his full support to his party's senior officer Oskanian and assured that he will take all necessary steps within the law to help him in his legal battle. Oskanian refused to testify in front of the NSS, saying that the summon message deals with him as a suspect and not as witness.

Being target for money laundry investigation Oskanian's office has taken measures in disclosing the sums received by the Civilitas Foundation. In an announcement made on 15 June 2012 the Foundation acknowledged the recent donation of Mr. Eduardo Eurnekian (US$150.000) and the renewed support of the Government of Norway (a commitment of US$1.5m in the coming three years).

Civilitas Foundation has also expressed thanks to several governments that have supported the Foundation (Governments of Germany, Norway, Poland, Switzerland, the Netherlands) and organizations such as DFID (UK), USAID (USA), OSCE, Eurasia Partnership Foundation, The German Marshall Fund of the US / Black Sea Trust.

Newer PostArmenians in Egypt: Dwindling yet resilient in a country in turmoil
Older PostAni Amiraghyan: An Armenian tennis star