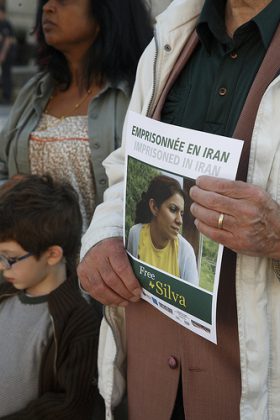 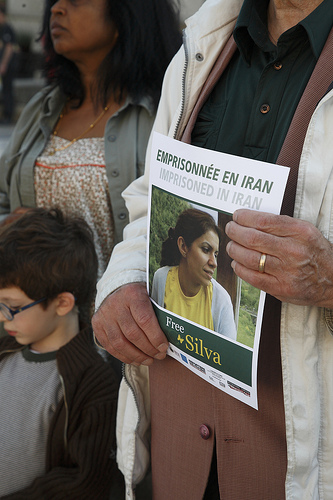 Silva Harotonian, who had been detained in Iran since June 2008 on charges of fostering a ?soft revolution? has been released, according to her employer, IREX.

?We are pleased Silva?s difficult ordeal is now over, and we are grateful for the Government of Iran?s display of compassion to this vibrant and kind-hearted young woman,? the statement released on the IREX website by  President W. Robert Pearson said. Pearson also thanked the government of Armenia for ?their engagement in securing Silva?s release.?

Harotonian, an Iranian citizen of Armenian descent was on a trip to support IREX?s exchange program for maternal and child healthcare professionals in Iran and the United States.

Ianyan spoke to those close to the case last year, however due to scheduling conflicts, the story never published. The following information is from a phone interview conducted in May 2009.

In January 2009, Harotonian was sentenced to three years in prison and taken to Iran?s notorious Evin prison, known for housing political prisoners. Her appeal was later denied in March 2009. While in prison, she was very depressed and had lost a lot of weight according to her cousin Klara Moradkhan.

She became involved in the exchange program when she decided to move to Armenia and look for a job. Although there were 20 candidates, Harotonian was selected and was meant to travel four to five times to Iran within the scope of the program.

When Harotonian was detained, her family was confused at first.

?If you have lived in Iran, there is that fear, especially with Armenians in Iran, that you try not to do anything against the government. We were confused because we thought she had done something wrong,? Morakhan said.

But when the ruling took place, sending her off to prison, they knew it had been a major misunderstanding.

Soon after Moradkhan started a website, freesilva.org to appeal for her cousin?s release and spread the word about her situation.

Daphna Ziman, entertainer and founder of the charity ?Children Uniting Nations? as well as Morakhan?s employer, issued a plea to help Harotonian get released in April 2009, the Los Angeles Times reported.

The U.S State Department also put out a statement, but because Harotonian is not a U.S citizen, involvement from the American government had been minimal.

Although a few outlets covered the news of her imprisonment, her case was largely ignored and overshadowed by another more prominent prison mate: journalist Roxana Saberi, who was charged with espionage and given an eight-year prison term before being released in May 2009.

?Saberi has been lucky in a sense being a journalist, because the journalism community rallied behind her, ? Moradkhan said.

Saberi and Harotonian paths did cross in prison –  they shared a cell together for three days and Harotonian told Saberi to ?keep your head up? according to Morakhan?s aunt.

?When you talk to Silva, there is this innocence. She doesn?t have any agendas, she?s extremely artistic and she loves poetry,? Moradkhan said.

?She doesn?t have a political bone in her body. She didn?t even follow the news.?

Pearson?s statement requested that media respect Harotonian and her family?s privacy while she rests and recuperates.

On 03 April 2010 the following message was accessible on the webite of Silva Harotonian:

Recent signals from the Islamic Republic of Iran indicate that close attention is being accorded to her case and to her plea for justice and mercy. Iranian officials have reported publicly that they are hopeful that Silva's appeal for clemency will be received favorably after spending more than a year in prison. We are grateful to Iran for the willingness to look into her case. We know that a decision to grant her pardon would be welcomed around the world by Silva's many supporters and would convey great credit on Iran's authorities and leaders. Let us all continue to pray for her early release.