Isabel Bayrakdarian's CD won at 's most prestigious music Awards, in the category of “Classical album of the year: vocal or choral performance”.

Isabel Bayrakdarian is a world-renowned Armenian-Canadian soprano. Born in in 1974, she moved to as a teenager. Isabel graduated in 1997 from the with an honours B.A.Sc. in Engineering Science.

In 2004 she married pianist Serouj Kradjian. The wedding, which took place in traditional setting in , was covered at the following Azad-Hye link: http://www.azad-hye.net/article/article_view.asp?rec=59

Isabel Bayrakdarian has successfully combined an international operatic career with an exciting schedule that includes recitals, orchestral concerts and film projects. Applauded in the opera houses of , Paris, Chicago and others, she is admired for her stunning stage presence and her uncommon musicality.

Her first recording, titled “Joyous Light”, was released in March 2002 and rose to No. 1 in the Canadian classical charts. Soon afterwards, her vocals were featured in Atom Egoyan?s film “Ararat”, and in the movie “Lord of the Rings: the “.

This is not the first time that Isabel Bayrakdarian wins this prize at Juno Awards. Her second CD, titled “Azulao” (Bluebird), won at Juno 2004 Awards in the same category “Classical Album of the Year: Vocal or Choral Performance”, her “Cleopatra” CD won a second Juno awards. And this year comes the third Juno awards. 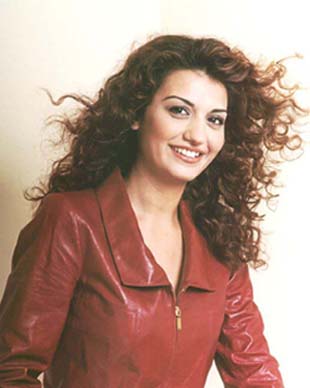 She has just released a new album with fellow Canadians Russell Braun and Michael Schade featuring arias and duets composed by Mozart.

Serouj Kradjian, the Canadian-Armenian pianist enjoys a versatile concert career throughout Europe, North American and . Solo and chamber music recitals have taken him to (Carnegie Hall), Paris (Salle Cortot) and other places. He is currently a Professor of Piano and Chamber Music in .

About the Juno Awards:

1.7 million viewers turned into the broadcast on CTV with an increase in viewer ship of almost 30% from the 2005 broadcast.

The 2007 JUNO Awards will be broadcast from on CTV.