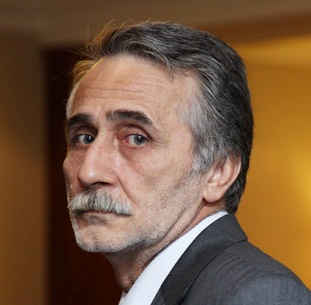 The Minister of Foreign Affairs of the Nagorno-Karabakh Republic (NKR), Mr. Georgy Petrosyan, visited Canada upon an invitation by the Armenian National Committee of Canada.

During his visit, Mr. Petrosyan addressed the Canadian-Armenian communities of Toronto, Cambridge, Ottawa, Montreal and Laval from February 17 to 24, 2011.

The NKR Minister had the opportunity to meet with a number of Federal, Provincial and municipal level officials. In Toronto, Minister Petrosyan had an encounter with Mr. Paul Calandra Conservative federal Member of Parliament followed by a meeting with Mr. Doug Craig, Mayor of the City of Cambridge, Ontario. At the Armenian Community Centre in Cambridge, the Minister met with Mr. Harold Albrecht federal MP, Chair of the Canadian-Armenian parliamentary friendship group. In Quebec, Mr. Petrosyan met with Liberal federal MP Mr. Stephane Dion in the Armenian Community Center of Montreal. He also met with federal Bloc Quebecois party leader, Mr. Gilles Duceppe, at the leaders? office. The minister had a cordial meeting with Bloc Quebecois Members of Parliament, Ms. Nicole Demers and Mr. Jean Dorion. The visiting Minister concluded his trip with a final meeting with the mayor of the City of Laval, Mr. Gilles Vaillancourt, that was held in the City Hall.

Georgy Petrosyan has been in the government of NKR since the independence of the Republic, and has been Minister of Foreign Affairs of the republic since 2007. Although the NKR is not officially recognized as an independent state, it is in every respect an ipso facto independent state functioning as a democratic, self-governing republic.

It has been a de facto independent state since 1991 following a public referendum. The territory had been annexed artificially to Azerbaijan as an autonomous region since 1921 by the divisive policy of Stalin. That annexation was never accepted by the population of the region, predominantly Armenian, and the resultant enmity invited constant pogroms towards the ethnic Armenians by the Azeri authorities.

During the process of the disintegration of the Soviet Union, the untenable situation culminated in a massive revolt, the violent military suppression of which resulted in a full-scale war between Azerbaijan and the Armenians. The creation of the NKR with its present borders was the result of that war.

Thus, the Republic was created in response to human rights violations and repressions of a people to incite to exercise the right of self-determination. Negotiations have been going on since a ceasefire was imposed seventeen years ago for the official international status. The Republic functions completely independently from Azerbaijan, it fulfills all of the conditions and human rights reasons as Kosovo or Abkhazia or South Ossetia and South Sudan.

The ANCC is the largest and the most influential Canadian-Armenian grassroots political organization. Working in coordination with a network of offices, chapters, and supporters throughout Canada and affiliated organizations around the world, the ANCC actively advances the concerns of the Canadian-Armenian community on a broad range of issues.

Newer PostArmenian participation in Gulfood 2011 in Dubai
Older PostHrant Tokhatyan: I love my profession and this keeps me happy in life