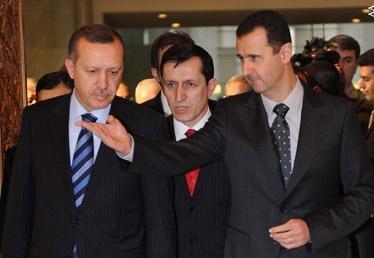 Receiving compensation for such personal properties does not invalidate the Armenian people's legitimate claims to Western Armenia which remains under Turkish occupation.

In a column I wrote last year, I alerted Armenians in Syria, Egypt and Iraq that they had a unique opportunity to receive compensation for their properties in Turkey.

All four governments, after protracted negotiations stretching over several decades, are finally close to resolving their conflicting land claims arising from the collapse of the Ottoman Empire. The Republic of Turkey had confiscated tens of thousands of properties owned by citizens of the three Arab countries and vice versa.

During a meeting on May 12, 2008, Syrian President Bashar al-Assad and Turkish Prime Minister Recep Tayyib Erdogan signed an agreement which is expected to be implemented shortly.

Turkey claims that in 1956 the Syrian government confiscated a large number of lands belonging to Turkish citizens. In a reciprocal move, Ankara confiscated in 1966 properties owned by Syrian nationals. After lengthy negotiations, Turkey and Syria signed a protocol in 1972 and created a joint commission to investigate these claims, including the properties Syrian Armenians left behind in the Sanjak of Alexandretta (Hatay), after its annexation by Turkey in 1938.

The Turkish government transferred the title of the confiscated Syrian-owned properties to the National Real Estate General Directorate. The total estimated value of real estate owned by Turks and Syrians in each other's countries, including rental income since 1966, is more than billion, according to an article by Ercan Yavuz in the March 3, 2009 issue of Today's Zaman. The Real Estate Directorate has been renting these Syrian properties to Turkish farmers and businesses. The Central Bank of Turkey is holding the rental income in a special account under the name of “the rightful owners.”

The agreement signed by Syria and Turkey stipulates that by 2010 the Central Bank will return these accumulated funds to the original property owners, according to Yavuz.

The Turkish National Real Estate General Directorate's figures indicate that Syrians own 15,067 properties in Turkey, corresponding to 135,000 hectares (334,000 acres or 135 million square meters). On the other hand, Turks reportedly own 2.3 million square meters of property in Syria. “The monetary value of Syrian property in Turkey is estimated to be billion, while the estimated value of Turkish property in Syrian territory is billion,” Yavuz reported.

In an interesting sideline, Turkish citizen Mustafa Muzaffer Salih, whose father was a major landowner in Syria, told Yavuz: “Syrians own more than 200 stores in Istanbul's Grand Bazaar…. Some of these properties were given to relatives of ministers in the parties that were in the coalition governments of the first and second National Front governments.” To set things right, Salih advocates that “The shame of the past should be cleansed.”

Turkey, Egypt and Iraq have had a similar quarrel. In 1982, Turkish officials signed an agreement with Egypt to settle their land dispute. In 1985, Turkey and Iraq agreed to allow property owners in their respective countries five years to file a claim. The due date was subsequently extended twice. Turkey claimed that its citizens own in Iraq about 160,000 acres of land, 150 buildings, 11 charitable foundations, more than 2 million Iraqi dinars and 8,000 pounds sterling. On the other hand, Iraq claims that its citizens own 48 buildings and 11 plots of land in Turkey. The American invasion of Iraq interrupted the settlement of these claims.

Armenian organizations in Syria, Iraq and Egypt should urge Armenians citizens of these countries, including those who have migrated overseas, to submit to them copies of trust deeds or other documentary evidence of properties they owned in Turkey. The organizations should then provide the list of these properties to their respective governments, demanding that Turkey pay an appropriate compensation to the heirs of the original owners.

As I mentioned in my earlier column, the main advantage of this approach is that Armenians do not need to hire lawyers and go to court, as officials of the three Arab countries, on behalf of their citizens, are negotiating directly with their Turkish counterparts to settle all such reciprocal claims.

This is a unique opportunity for Armenians in Syria, Iraq and Egypt to take advantage of without delay. Once the settlement is finalized, it would be too late for Armenians to make any further claims from the Turkish government regarding their properties.

Just to set the record straight, receiving compensation for such personal properties does not invalidate the Armenian people's legitimate claims to Western Armenia which remains under Turkish occupation.

Newer PostAl Jazeera reporter in Karabakh: To fight or not to fight
Older PostCatholicos Karekin II meets with the Ruler of Sharjah