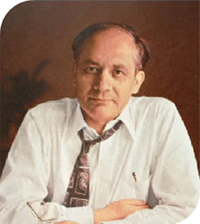 Plans are being put in place for a major new international campaign on Turkey's denial of the Armenian Genocide, by the Lemkin Trust, a new UK organisation focused on ending state supported denial of genocide and the denigration of crimes against humanity.

The Lemkin Trust is currently seeking funding, ahead of it's public launch in the Spring of 2011. Donations can be made online via the website at www.lemkintrust.org or via international bank transfer or cheque.

The organisation has a broad focus, working to end the denial of genocides and denigration of crimes against humanity by governments across the globe.

As well as it's work on the Armenian Genocide it is also launching in 2011 a campaign on the Iranian denial of the Holocaust, and will also respond to other instances of the denigration of genocides and crimes against humanity by governments.

“State supported genocide denial is always destabilising.  The countries that practice it generally limit the right to free speech, and censor those that challenge the official narrative.  Denial increases tensions between countries, contributing to future crises. It is also profoundly hurtful to survivor groups and remains morally inexcusable.”

“Just as the international community has failed to learn the lessons from the Armenian Genocide, it has also not headed the warnings from it's denial.  More and more governments today are now been emboldened to try and re-write the history of genocides and crimes against humanity to their benefit. The Lemkin Trust will stand firm in opposing and tackling this growing trend.”

Hratche Koundarjian is a political campaigner and media consultant.  From bringing the genocide in Darfur to the attention of policy makers and international media, to lobbying for better conditions for children in fostered care, Mr. Koundarjian has worked with over twenty charities coordinating and consulting on a range of campaigns of national and global significance.

For more information about the Lemkin Trust, please visit www.lemkintrust.org or you can contact the Founding Coordinator directly at [email protected]

Photo: Raphael Lemkin who coined the word “Genocide” after examining the Armenian Genocide.

Newer PostMher Mkrtumyan:  I believe that we can create together the Armenian miracle
Older PostCatholicosate of Cilicia participates in a religious conference held in Damascus