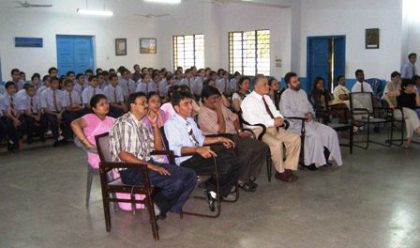 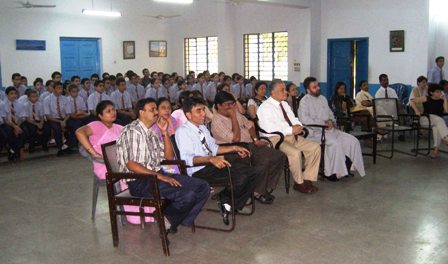 On the occasion of the 185th Anniversary of the and , Kolkata (), , a literary-artistic event was organised on 9 November 2006 by Brenda Roy, the English teacher at the College for many years.

The participating students manifested their talents in the performing arts, such as acting, reciting etc. The audience expressed their appreciation with loud applause.

The event concluded with a short speech by Rev. Father Oshagan Gulgulian, who said: ?This beautiful cultural and  artistic gathering, where your talents, particularly in the sphere of the performing arts, were obvious, once again proves that there are many gifted students at the . Therefore every thing must be done so that Gifts given to you by God flourish and used correctly. You must not forget that you are the students of this 185 year old historical institution of learning and have a duty to uphold the name of the ACPA, bring credit to it and thus respecting the memory of its founders and fulfilling their wishes and noble legacy.?

Original text is from a press Release by ACPA

Photos are from the event