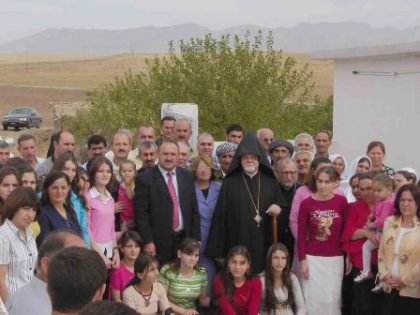 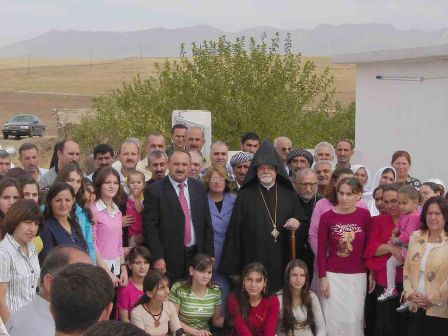 A decision was made to construct an Apostolic Armenian Church in the city of in the Iraqi Kurdistan region.?

During his recent parochial visit to Kerkuk, Zakho, Dahuk and other locations, Archbishop Avak Asadourian, Primate of the Diocese of Iraq, inspected the plot granted to the Armenian community by the Government of Iraqi Kurdistan, on which the church would be constructed. The dedication of the 16 foundations of the church is expected to take place during the Archbishop?s next visit to Dahuk.

It is worth mentioning that there are recently four Armenian Apostolic (Orthodox) churches in Baghdad; one church in each of Kerkuk, Zakho and Basrah; a church in the village of Avzrouk in the Governorate of Dahuk and two churches in Mosul (one of which was a target of terrorist act in 2004 and is now almost ready to serve the believers, following a renovation project funded by the Iraqi Government).

On the other hand, construction work is going ahead for a multi-apartment project in the suburb (Camp Sarah Khatoun) in . The building site, the construction of which is supervised by the Armenian Apostolic Prelacy, consists of two stories with a total of 18 residential apartments and 6 commercial shops. The generated income will be used for the restoration and maintenance service of the complex. Each apartment will host one or two members of the community.??