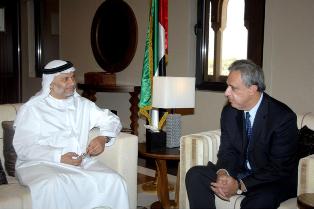 The political week was not less active, especially with the visit of Vardan Oskanian, Minister of the Foreign Affairs of the Republic of Armenia, to the United Arab Emirates. On another level, several Armenian related analysis and articles appeared in the local press (English and Arabic) in relation with the US Congress Foreign Affairs Committee?s adoption of the Armenian Genocide Resolution (H. Res 106).

Dr. Anwar Mohammed Gargash, State Minister of the Federal National Council Affairs (FNC) received Vardan Oskanian at his office on 18 October 2007. They discussed bilateral relations in the fields of economy, tourism and the parliamentarian affairs. The meeting was attended by Tariq Al Abdan, deputy undersecretary of the Ministry of Foreign Affairs and the delegation accompanying the Armenian Foreign Minister, who arrived at dawn on the same day.

Oskanian told Emirates News Agency (WAM) in a statement that the “relations between the countries are good as policies are identical on a number of issues. Trade between the two countries has been growing steadily. There are joint investment projects between UAE and Armenian businesspersons?.

Sheikh Saud bin Saqr Al Qasimi, Crown Prince and Deputy Ruler of Ras Al Khaimah, received on 19 October 2007 Vartan Oskanian, Minister of Foreign Affairs of the Republic of Armenia, who called on him at the Al Dhait Palace today.

Welcoming the Minister, Sheikh Saud expressed hope that his visit would pave way for increased cooperation between Ras Al Khaimah and Armenia, especially in economic, tourism and commerce sectors. 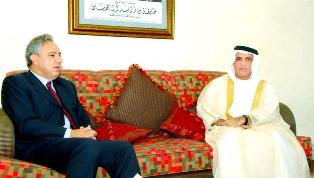 Stressing the need for greater interaction between the business communities of the two regions, Sheikh Saud said, “Ras Al Khaimah and Armenia hold tremendous potential for development and new partnerships between the two regions would definitely open up increased avenues for bilateral economic cooperation, particularly in the realm of industry, infrastructure and tourism development”.

Vahagn Melikian, Ambassador of Armenia to the UAE, Dr. Khater Massaad, Advisor to Ras Al Khaimah Crown Prince and CEO of Ras Al Khaimah Investment Authority (RAKIA) and a number of officials were present at the meeting.

It is noteworthy that the Armenian Cultural Week started off with a concert in the Cultural Centre in Ras Al Khaimah (see photo below) on 20 October 2007 (other events took place in the capital Abu Dhabi). One of the major sponsors of the cultural week was Rakeen, a private joint stock company established in 2006 by the Emirate of Ras Al Khaimah to support the development of the Emirate?s booming real estate and property development sectors.

“Armenian Cultural Week is an opportunity for other nationalities to celebrate the diverse cultures that can be found within the community. We are proud to be the sponsor's of this event,” said Rakeen's Chief Operating Officer, Dr. Imad Haffar. 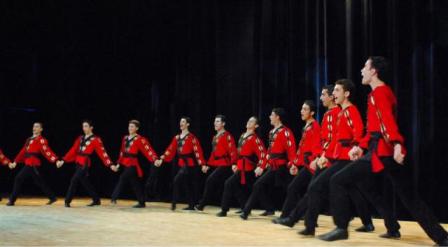