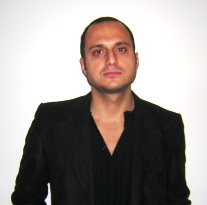 The lecture was organized by the Hay Mdki Paregamner (the Friends of Armenian Thought) in Aleppo and Halebi Hay Hamalesaranaganneru Mioutioun (Union of Armenian University Students in Aleppo).

– Define the concept of modernism (both in its theoretical-artistic and practical aspects).

– Historical overview and the development of the concept of modernism.

– The orientation of Armenian societies and their involvment in the process of modernism.

– Values and traditions in the modern day of the Republic of Armenia.

– The components of the Armenian culture (sociological background and evolution methods).

– Current trends in the Armenian reality (new era after Armenia's independence and the implementation of modernization efforts in various aspect in our lives).

-The young generations of Armenians.