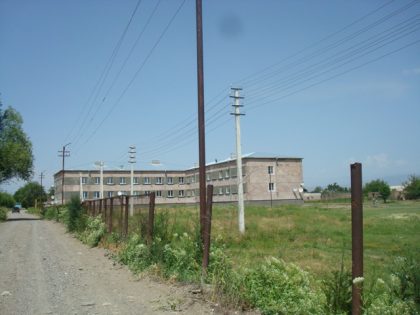 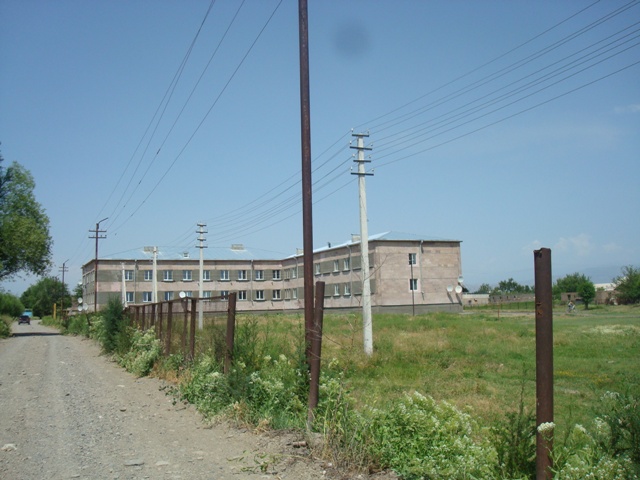 About 15 kilometers south of Yerevan, in the neighborhood of Darbnik village in Ararat Marz (Province), a new residential block for Iraqi Armenian refugees have been inaugurated recently.

An old agricultural school, which was provided to the United Nations High Commissioner for Refugees (UNHCR) by the government of Armenia, has been rehabilitated for this purpose.

The building is made of 46 apartments. Currently more than half of the apartments are occupied by Iraqi Armenians, who were facing difficulties in meeting their rents in apartments in the capital Yerevan. Now they can stay in this block without rental charges.

Azad Markarian one of the young Iraqi Armenians who moved into the block with his mother and family of two daughters, said that the residential block relieves him from some extra burden, but still he will be facing daily transportation expenses to reach Yerevan where his working place is located. To make matters worse, there is no regular mini-bus service with Yerevan.

Azad's mother who is taking care of her two granddaughters said that the situation looks better than before, but “we are going to face a new sort of problems”. She explained that in autumn when the schools will reopen it would be difficult to take the kids to the village for schooling. “Besides that, there is no kindergarten system in the village and we will have to stay with the kids all the time at home, in a closed environment, away from the type of life we used to know in Yerevan”. This reminds the Armenian refugees who came two decades ago from urban areas in Azerbaijan and were obliged to start a new life in rural areas, where their skills did not match the new realities.

Grandmother Markarian referred also to the lack of medical services. “At a certain age, medical help becomes crucial. At a remote place like this it will be difficult to find solutions for our medical and health issues, let aside the expenses that can incur.”

Obviously, the main challenge the 1.000 and more Iraqi Armenians face in Armenia is the lack of working opportunities. ?If job was available, no one would have opted to come and live here?, noted an Iraqi Armenian who did not want to disclose his name.

The caretaker of the complex Sahak Abrahamyan was very proud in undertaking his mission. “Iraqi Armenians will find a safe haven here and will focus on their every day life with less financial headaches”, he said.

The opening ceremony (on 03 July 2009) was attended by government officials, diplomats, local businesses, UN workers. Bushra Halepota, UNHCR Representative to Armenia, thanked all those who contributed in the noble mission of providing a dignified life to the new residents of Darbnik.

Several sides cooperated in coming up with the project. The government of Armenia provided the building and secured gas and electricity networks, while the US Embassy supplied furniture for the apartments.

Iraqi refugees in Armenia live in Yerevan and nearby provinces of Ararat and Kotayk. They struggle to secure financial means for their families, while their children face challenges related to lingual and social integration in the new society. The main problem however remains the affordable housing.

The Migration Agency in the Ministry of Territorial Administration takes care of the refugee needs in general (including refugees of non-Armenian origin). This Agency also is responsible for facilitating the return of many ex-Armenian citizens, who have been living outside since the collapse of the Soviet Union.

Since 1999 Gagik Yeganyan has been the head of the Migration Agency at the Ministry of Territorial Administration. In April 2006, Yeganyan was elected as Deputy Chair of the European Committee on Migration (in the Council of Europe).

Being close to zones of conflict, Armenia occasionally hosts refugees from neighboring countries. The Armenian – Azeri conflict and the Nagorno – Karabakh issue triggered a flow of more than 300 thousand ethnic Armenians, 70% of them have not yet acquired Armenian citizenship (out of their own will), after almost 20 years in independent Armenia. During the Israeli attack on Lebanon in 2006, Armenia received about 350 requests for asylum, while recently during the Iranian internal turmoil, following the elections, there were fears for refugees coming from Iran.