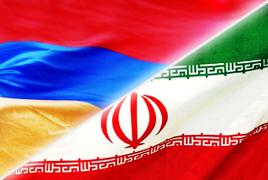 He held talks with Iranian President Mahmoud Ahmadinejad and other senior officials. President Ahmadinejad hailed the “positive and growing” relations between Iran and Armenia. “Bolstering trade cooperation, implementation of different projects on transportation, energy, and joint investment will create links between regional nations,” he was quoted as saying.

Sargsyan said that both countries have a common stance on mutual and regional issues.

The sides talked about the Tabriz-Aragats oil pipeline project, which covers 110 km on Iran's territory and 265 km on Armenia's). The project is currently in halt. Minister of Economy Nerses Yeritsyan stated that transit of Armenian goods to Iran is still subject to customs duties, although there are efforts to remove these duties. He hoped that a free trade agreement will be signed with Iran next year.

The trade turnover between Armenia and Iran amounts approximately to US$ 200 million annually. Armenia exports to Iran mainly goat, sheep, waste of black metal, molybdenum ore, concentrated materials and imports from Iran mine and chemical fertilizers, oil and oil products. President Ahmadinejad vowed to reach the trade turnover to US$ 1 billion as soon as possible. About 800 Iranian companies are registered in Armenia.

Newer PostYertward Mazmanian who placed Goa on the tourist map passed away
Older PostOrphans of the Genocide: a documentary film by Bared Maronian